Mamiya 7 - The Best Camera Ever Made? 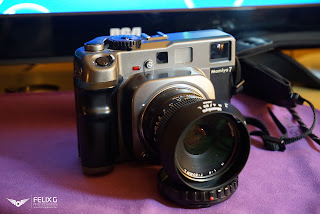 Of all the cameras in my modest collection, the Mamiya 7 is perhaps the best of the lot. In fact, many consider it the best camera ever made. The Mamiya 7 is a medium format, range finder, film camera that captures 6x7 images, in today's terms it would probably be equal to a 40-50 megapixel digital image in terms of resolution. In fact, according to the test shots in this article, the Mamiya 7 captures images comparable in resolution to an 80 megapixel Phase One digital camera! In additional, Ken Rockwell, a noted camera reviewer, calls the Mamiya 7 "the world's best camera."

This camera is priced anywhere between $1200 and $1900 roughly, depending on the overall condition of the camera body and lens. I got lucky and found an eBay listing for $770. The only blemish being a small chip on the bottom of the body which I was able to super glue and now you can hardly tell there was ever a blemish at all.

One of the most interesting things about this camera is the almost non-existent sound of the shutter. I thought there was something wrong with the camera when I shot my first roll of film because it just makes a very faint "click" sound. I was thought to myself, "Is that the shutter?" Yes, it was the shutter, and the lack of sound takes a little getting used to.

Most other 6x7 medium format film cameras are big, bulky and heavy (i.e. Pentax 67, Mamiya RB67) but this Mamiya 7 is light and easy to carry and shoot hand held.

I first became interested in the Mamiya 7 after watching a short documentary about the recently deceased Mary Ellen Mark, one of the greatest photographers of our time. I became curious about the camera I saw her using. After a little research, I discovered that she was shooting with a Mamiya 7II, but that model was a little out of my price range, so I opted for the earlier model, which ended up being the Mamiya 7. I don't presume to compare myself to someone of Mary Ellen's stature, but I certainly aspire to be!

Film photography is alive and well, and shooting on film helps me improve my skills overall, it certainly helps to have cameras such as the Mamiya 7. It's an absolute pleasure to shoot with it. 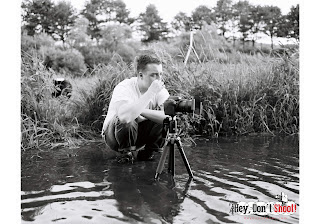 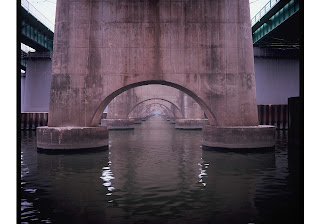 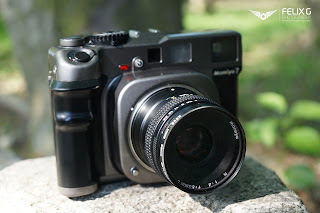 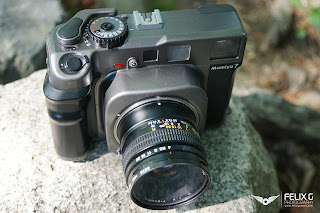 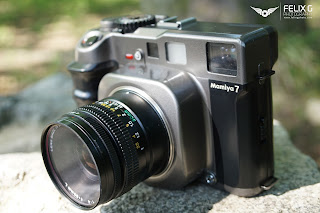 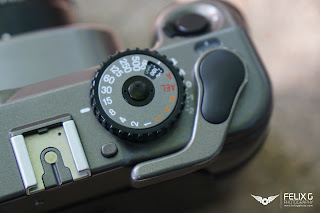 Posted by FelixGPhoto at 3:34 PM