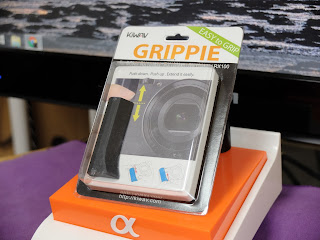 There's no doubting that the Sony RX100 IV is the best compact digital camera available today. There are very few weaknesses to be found in this outstanding camera but if there was one worth mentioning, it would have to be that there is no grip surface to speak of, in fact, the RX100 is small (which is fine, it's a compact camera after all) but the right hand side of the camera is smooth, slick and straight. I don't really have a lot of confidence in my grip when I'm holding and shooting, until now.

(Review continued below, scroll down...) 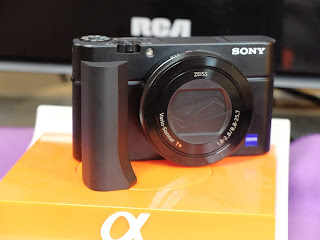 The "Grippie" for the Sony RX100 is extremely well made. It's machined CNC'd from aero grade aluminum and is custom made and designed specifically for the RX100. As you can see in the pictures, when it's attached it looks like it's an integral part of the camera.

- Once attached, the grip can be pushed down, sliding so that it actually extends the grip for those with larger hands or for added comfort.

- This grip in no way interferes with the memory card / battery compartment at the bottom of the camera.

There are other so-called grips available for the RX100 but they can't hold a candle to the "Grippie". Most of them are just a small rubber piece that doesn't give anywhere near the same comfort nor are they made nearly as well. This thing is SOLID. There's another aluminum grip on the market but the design is inferior in many ways. Most notably, it attaches to the bottom of the camera via the tripod screw mount and therefore blocks the battery / memory card compartment, which as I mentioned, the "Grippie" does not do. So be sure you are buying the "Grippie" if this is an issue for you.

How does it attach? The grip attaches via a sticky application surface made by 3M. You simply remove the thin cover from the sticky surface of the grip, align it on the surface of the camera and press down and hold. That's it. Be sure to wait before using the camera to give the grip time to adhere properly.

A word of caution when attaching your "Grippie" to your camera, be sure to clean the surface of the RX100 with the included alcohol swab, press down firmly and let the grip sit for an hour or two before using it. I made the mistake of trying to use it right away and was left scratching my head as to why the grip wasn't sticking. But then I read the instructions and it was all clear to me. Haha. The manufacturers could improve upon the packaging by bringing to the buyers attention to read the instructions before using the grip. Also, an alcohol cleaning swab and extra sticky piece are included, but it's not obvious because they are tucked in between the fold of the packaging which is difficult to tell because the packaging is so thin and there's nothing to indicate that it's there.

I was not originally intending to keep the grip on my camera as I wasn't sure how much I would like it. But after using it for a couple weeks, I can't see myself shooting my RX100 without it. It's THAT good. At $49 USD it does cost more than the other grip options, but you get what you pay for and what you get with the "Grippie" for your RX100 is by far, the best grip attachment for your compact camera, bar none. It's so good that I would even recommend to Sony that they include one of these with each camera! 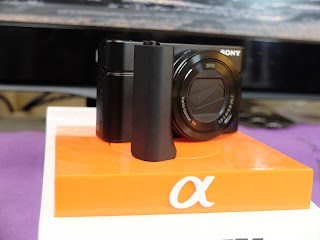 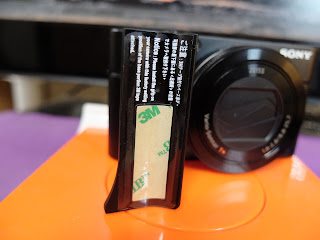 The sticky portion of the grip is made by 3M and it provides a very firm attachment to the camera. 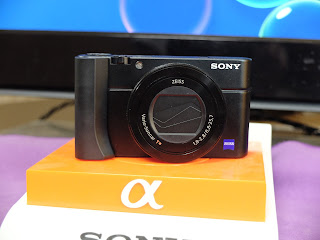 As you can see, the grip looks like it was made for the camera from the factory.
Looks and feels great! 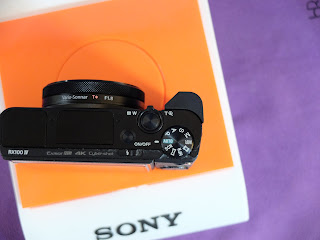 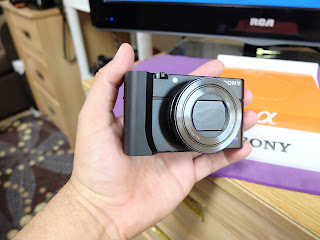 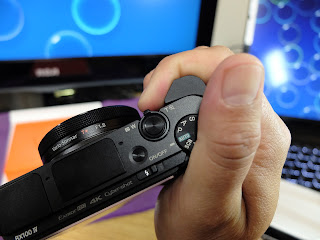 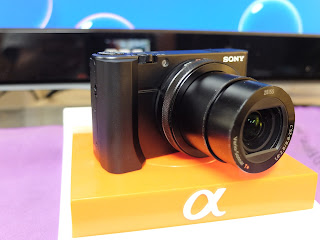 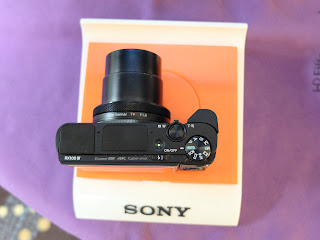 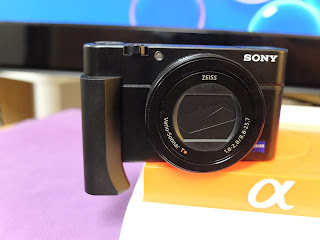 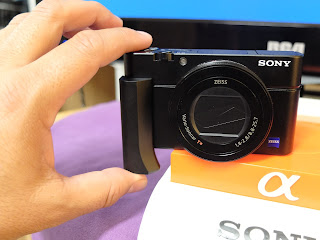 Grip can be extended downward for those with larger hands or simply for a different feel. 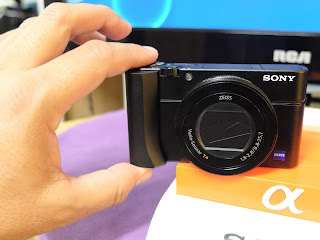 Posted by FelixGPhoto at 12:18 AM No comments: 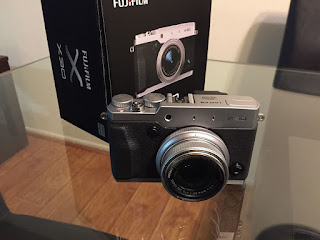 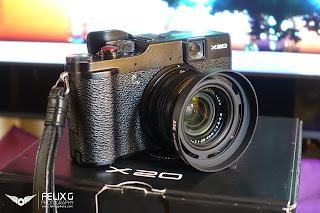 I was originally, extremely excited when I received my Fujifilm X20 a couple months ago as it was the first digital camera that wasn't a Sony that I have purchased in a good number of years. I read good reviews about it and was impressed by some of the sample images. But once I got it in my hands and took it out for a few rounds of photos, I was less than pleased with the overall functionality and quirks.

The biggest problem I had with it  was the noticeable parallax error between the optical viewfinder and the captured image. So, for only 50 USD more I was able to trade up and get the Fujifilm X30 which features an outstanding Electronic View Finder in place of the optical one.

Another feature that I like about the Fujifilm X30 vs the X20 is that the X30 offers Classic Chrome as one of the film simulation options, the X20 does not. Yet the X30 maintains all of the features that I DID like in the X20 including a really impressive super macro mode that lets you focus as close as 1 cm from your subject!

Another feature found in the X30 that the X20 does not have is the ability to shoot remotely using your smartphone as a controller. And finally it has a tiltable LCD screen.

Posted by FelixGPhoto at 12:52 AM No comments: