Tamarkin Camera, Chicago Leica Dealer - Service Above and Beyond Expectations 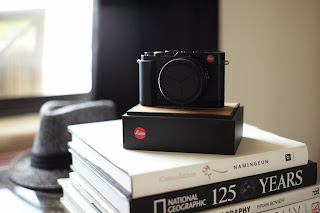 My dad recounts the days, back in the 1950's, when you pulled into a gas station, and several young men in bow ties jogged out to your car and treated you to a full service experience when you stopped to fill up that tank. They checked the oil, tire pressure and pumped the gas for you. That was service, the kind of service which seems to be getting harder and harder to find. But there is a place, in the retail photography world, which has set itself apart, at least in my admittedly minimal experience and interaction with them, and that's Tamarkin Camera, Chicago, a certified Leica dealer.

I first visited Tamarkin Camera back in April of 2018. I was in Chicago for a 4 day weekend, visiting a girlfriend and had some time to spare. I wandered around the street of Chicago doing a little street photography, but I had circled Tamarkin Camera on my map and went to this particular area of Chicago with the specific intention of visiting this Leica store. This is when I first met the proprietor of this fine camera store which specializes in the upscale, luxury camera brand, the one and only Leica. By coincidence, the camera I took along with me on my trip to Chicago was this very same Leica D-Lux Typ 109.

This is also when I met Dan Tamarkin, who took over the business in 2012 from his father, Stan, who started it in 1971. I suspect that Dan's zest for life, personable demeanor and passion for all things Leica must have rubbed off on him from his dad. Although, my dad and I could not be more different, it's a near impossibility for at least some of a father's traits not to be passed on to his sons. That being said, Dan's genuine care for his customers must have been the same in his father. This man truly cares about service. And just to prove it's not all about the almighty dollar, continue reading... 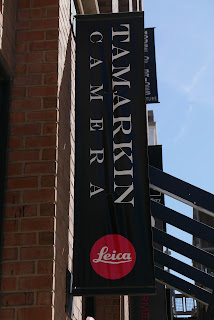 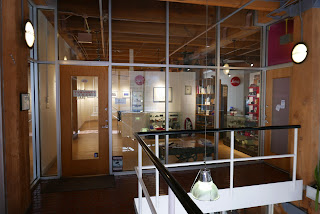 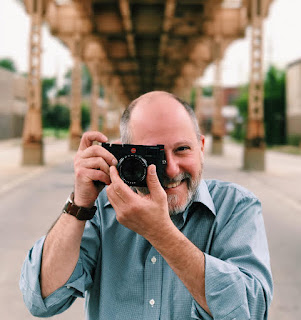 A couple months ago, I made the mistake of taking my Leica D-Lux Typ 109 out to the dusty and dirty desert environment (which is prevalent in Southern New Mexico), the edge of which starts mere yards from my home. My good friend Keith and I were headed out to fly my DJI Mavic Mini drone, as he wanted to fly it for himself in his effort to decide which drone he was going to buy (he ended up pruchasing the DJI Mavic Air 2, a very nice drone indeed). As this was not to be an outing for photography, I just grabbed one of my point and shoots, which ended up being the Leica D-Lux Typ 109. I could have also reached for my Sony RX100 IV, Fujifilm X100S or Sony RX1RII, but alas, I seem to always choose my Leica.

The problem with this fine little camera, and I should have considered this before selecting it for this particular outing, is that it's not the best choice when shooting in austere environments. As I unfortunately discovered, the "in-n-out" motion of the lens when the camera is powered on and then off, can have a tendency to "suck in" dust particles which can end up inside the camera body, on the sensor itself, which is exactly what happened on the day in question.

What does any of this have to do with Dan and his fine store, Tamarkin Camera, located far, far away in Chicago? I'm getting to that.

In addition to the dust getting inside the camera body and on the sensor, I also unwittingly cracked my screen protector and ended up with a small scuff on the rear LCD screen, fortunately there was no actual damage to that camera and functionality was not affected. But how would I remedy the dust on the sensor? After all, the Leica D-Lux Typ 109 is a fixed lens camera and I have never been very handy at disassembling and reassembling sensitive electronics with calibrated lenses, nor would I recommend attempting it.

I went to the Leica USA web site to initiate a service request only to discover that they were closed indefinitely due to the Covid-19 pandemic and were not accepting any repairs or service requests. So much for that option. Certainly there had to be a camera repair shop open that could assist me? After all, I was going to have to pay for the sensor cleaning service one way or another as this service would not fall under the category of a warranty repair.

I next contacted Precision Camera in Austin and actually ended up mailing the camera to them, only to be told that they would be unable to perform the sensor cleaning service because they would not be able to re-calibrate the lens. I'm not sure why they didn't have that capability to perform this service but alas, I was resigned to the fact that I would have to wait until Leica USA reopened for service requests.

And this is where Dan comes in.

For some reason, I assumed that Dan and his store, Tamarkin Camera did repairs on site, but it turns out he does not. He sends his customer repairs to Leica USA. So when I messaged him asking if he could perform a sensor cleaning on my Leica D-Lux Typ 109, he said only that he could send it in to Leica USA for the sensor cleaning. I mentioned that I had contacted them and they were closed and were not accepting repairs or service requests. This is when he mentioned that Leica USA was accepting repairs and service requests from HIM (and other authorized Leica dealers, I assume) and that he would be happy to send it in on my behalf. Wow! Awesome! Duuuuuude, yes please!

Here comes the punch line, mind you, I have NEVER spent a penny in Dan's fine establishment. Not that I don't want to, it's just that I haven't had the need or the timing simply hasn't jived. When I was in Chicago, at the store back in 2018, I was in the market for a Leica M240, but didn't have the funds at that time. I did feel a little bad when, a week later, I did purchase a used M240 off of eBay, but can sleep well at night because, in fact, I did not have the funds available when I was in Dan's store the week prior, and the package that came with the M240 I bought, was too good to pass up for the price. Dan didn't mind at all, he was just happy to see that I had joined the ranks of Leica M240 owners, a fine group indeed.

I shipped my Leica D-Lux Typ 109 to Dan and he turned around and shipped it off to Leica USA for the sensor cleaning. It came back in quick order, I think it only took a week or two before he received it back from Leica USA and shipped it back to me.

It's strange, to feel emotions such as pleasure and joy from the simple experience of receiving a camera back from a sensor cleaning. But honestly, that's exactly what I felt when I got the box from Dan with my camera in it. But that's what owning a Leica (or four) is all about. Leica's do bring pleasure and joy to their owners. They are unique, just like the OUTSTANDING service from Dan and Tamarkin Camera, that went WAY above and beyond any expectations. I have no doubts Dan treats everyone he meets with the same selfless service, friendliness and courtesy. And I also have no doubts that it was his father that taught him so well.

And if you ever find yourself in Chicago, stop in and introduce yourself. Dan's store also hosts a fine photography gallery as well. I look forward to visiting again. Say Dan, do you happen to have a Leica Summarit 75mm f/2.4 in stock? I'm in the market for one. ;) 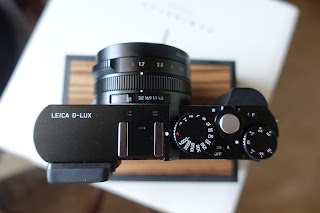 Above and below: more images of my Leica D-Lux Typ 109
Captured with my Sony RX100 IV 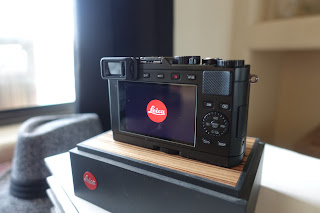 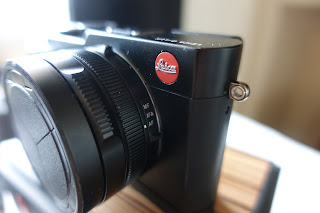