I've been working on the All New Hey Don't Shoot You Tube Show about photography for the last few weeks and the first episode has been posted.

Posted by FelixGPhoto at 3:21 PM No comments:

Why I Chose the Sony NEX-VG10

I recently purchased the Sony NEX-VG10 for use as my primary video camera. I've seen it classified as  "Prosumer" camera which, in plain English means it's an entry level professional camera. I selected the NEX-VG10 for several reasons, not the least of which is the availability of affordable used models in "like new" condition, much like the one I bought on Amazon.

I continue to admit, I am a cheap bastard, but when it comes to cameras my philosophy, and I think it's a good one, is to honestly analyze my needs versus my wants and to question if the dollars spent are worth what I am getting. I also take a look at the more practical elements of my purchases such as camera size and capabilities.

The NEX-VG10 is the predecessor to the outstanding VG30, it's been around a while, as a result I was able to find a really nice used model for $850 on Amazon. It's small, which is good because I like to be able to hand hold the camera comfortably, the NEX-VG10 is much more handy than something like the NEX-FS100.

My good buddy and former co-host on HeyDontShoot.com, Matt, has an NEX-FS100 and it's an awesome machine. You can definitely shoot Hollywood quality documentaries, short films and the like, heck, even a feature film depending on what you're shooting. But it's bigger than what I am looking for and more expensive. I've seen nice used ones on eBay going for around $2,500. 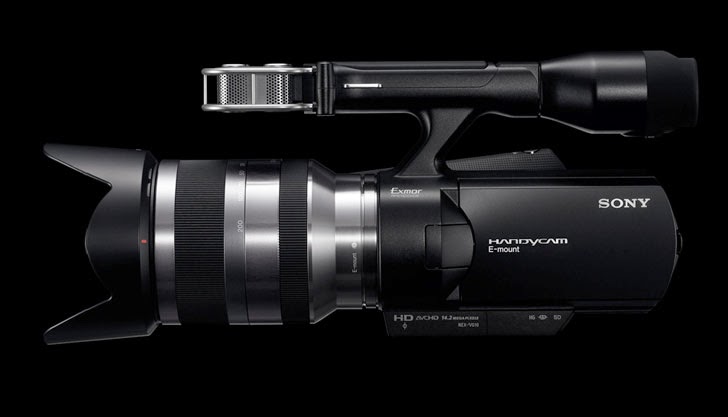 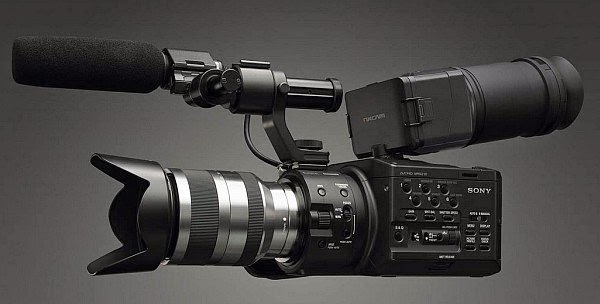 Posted by FelixGPhoto at 5:52 PM No comments: