Picture of the Day - The Dragonfly

A very lucky shot indeed. Ever try to take a photo of a dragonfly in flight? It's impossible, they never sit still. Always whipping around, back and forth. I just focused my camera in one spot in space and waited for this lil guy to fly into view. Lucky for me he was in frame long enough to fire off a shot.

Enjoy my picture of the day... The Dragonfly. 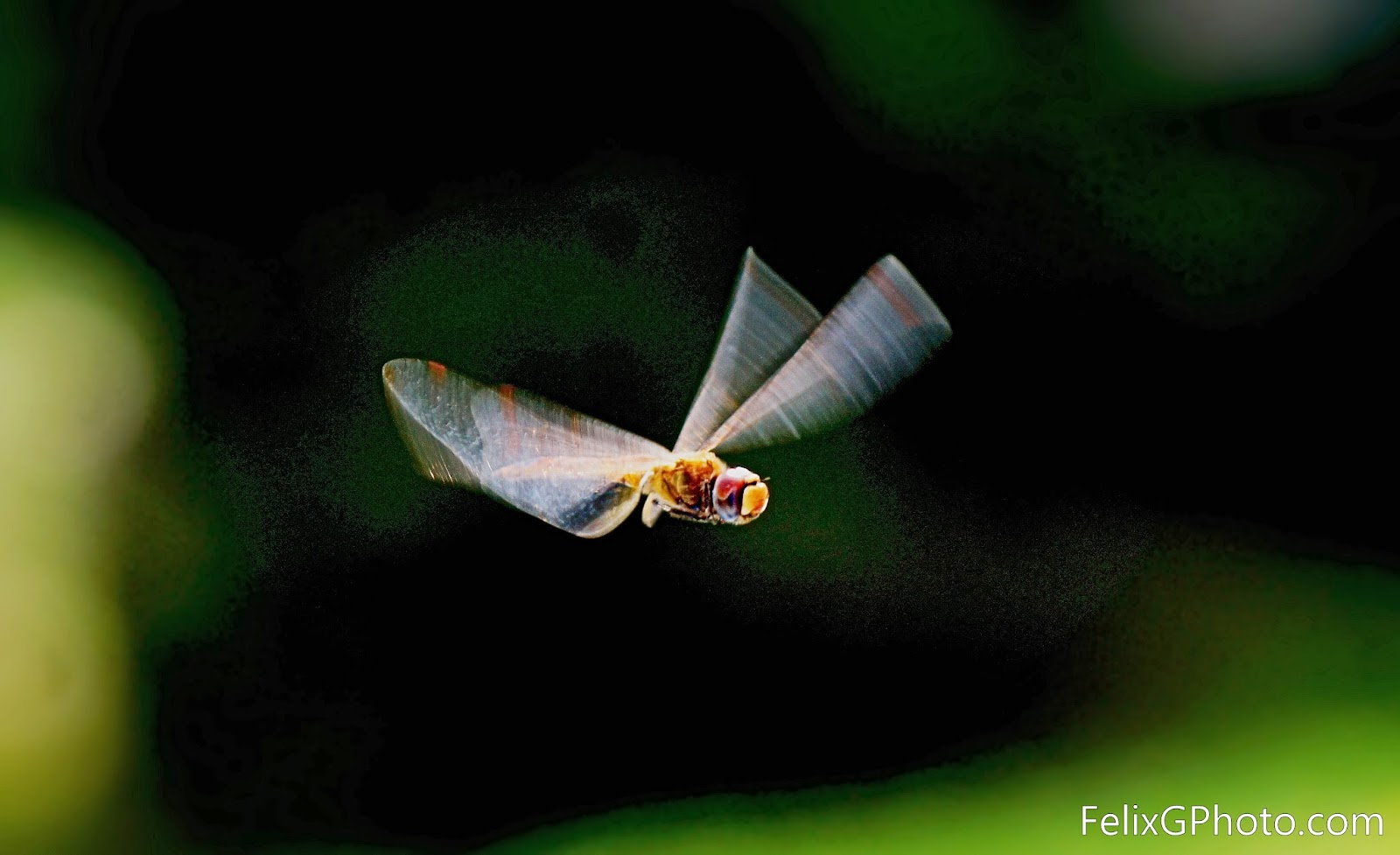 Posted by FelixGPhoto at 11:08 PM No comments:

I'm a frugal bastard, everyone knows that. But when it comes to my cameras, I believe in my logical reasons for not buying the top of the line, flagship models. In the case of Sony those would be the A99 and the A77. So when it came to upgrading from my current Sony A35, I went back and forth between upgrading to the similar A37 or going to an A65 or A77. I was really torn, but when I looked at price versus features, I had to stick with my so-called entry level professional DSLR or what Sony calls their SLT.

Why would a former professional photographer go with a so-called entry level DSLR and not something like the A77 or A99? I'll tell you why, first and foremost, I'm no longer a professional. I don't need to wow potential clients with my expensive gear and secondly, after shooting with the A35 for over a year now, I have to say, I am overwhelmingly impressed with the results. I am getting better quality images out of this awesome A35 than I did out of my top end Nikons that I shot with from 2004-2007.

Technology has come a long, long way. I remember the first good digital camera I shot with was 5 megapixels. Granted, the A99 and the A65 boast 24.3 megapixels, but the A35 and A37 hold their own as far as image quality at 16.7 megapixels. And that's more than enough for producing even large, print quality photos. Most of my content is still shot for publication on the web, so 16.7 mp is more than enough.

I'm also a believer in waiting for a year or so until after a new product is released to get it at a better price. So, eventually I'll upgrade to the A77 or A99 but for now there's no justifiable reason. I have 3 cameras for less than the price of one and that brings me to my final reason for going with the A37 as my latest purchase. I am allowed an amazing amount of creative flexibility because I can carry 2 cameras (now 3) in my bag. I can have each with a different set up, ready to capture any kind of action at a moments notice. I can have an assist on a second camera and the third camera shooting video, the options are almost limitless and that's because I can afford three, high-quality cameras for less that the price of one A77 or A99.

My next purchase will hopefully be one of my "dream" lenses, either the Sony Zeiss 18-70mm and/or the Sony SAL 70-400mm but I will probably wait to buy those when I also upgrade to either the A77 or the A99.

Anyway, I placed my order on eBay about an hour ago. Purchase price for a "New Other" mint condition Sony A37? $300 minus a $20 loyal customer discount from eBay, net cost $280. Not bad eh? 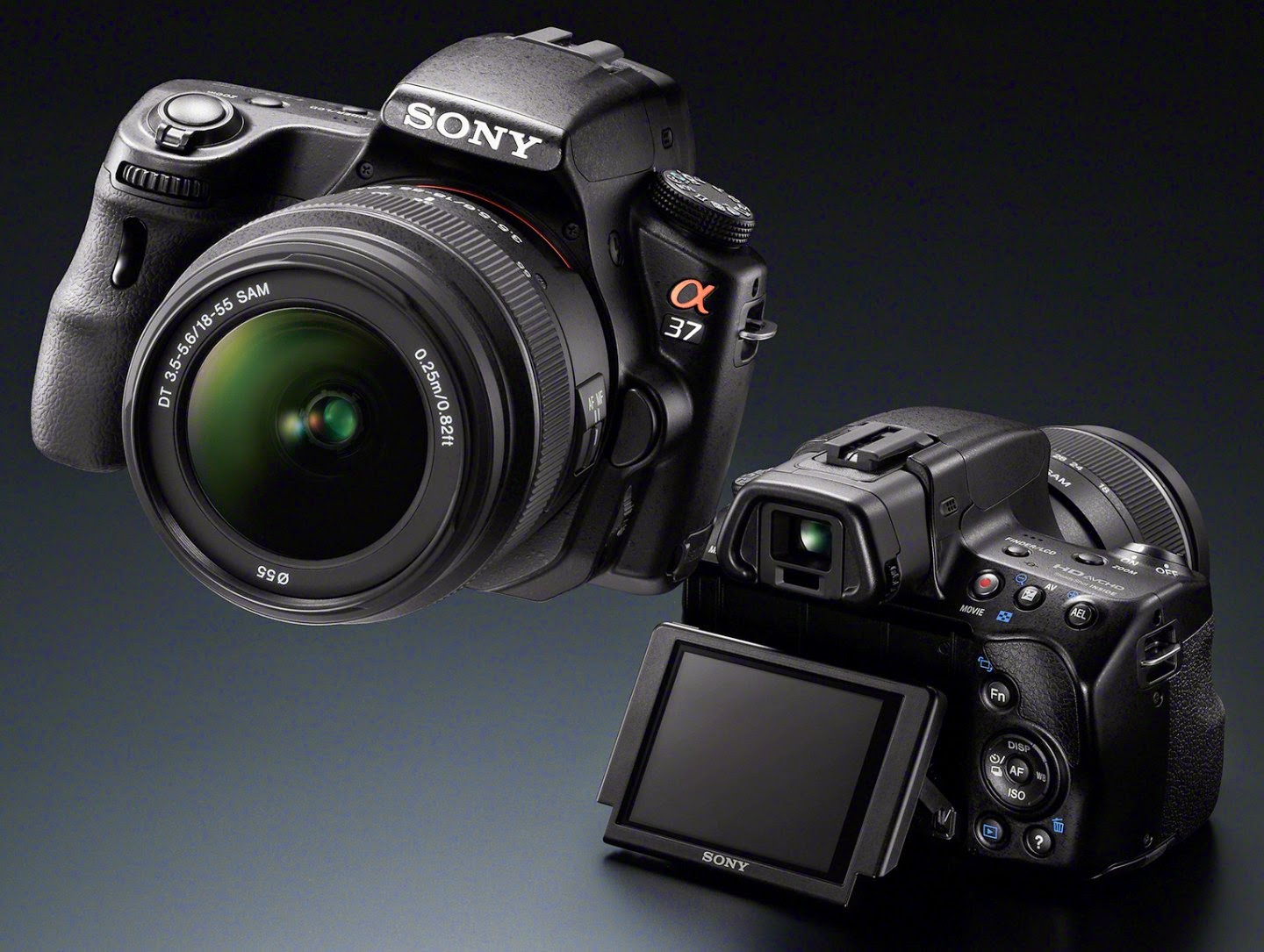 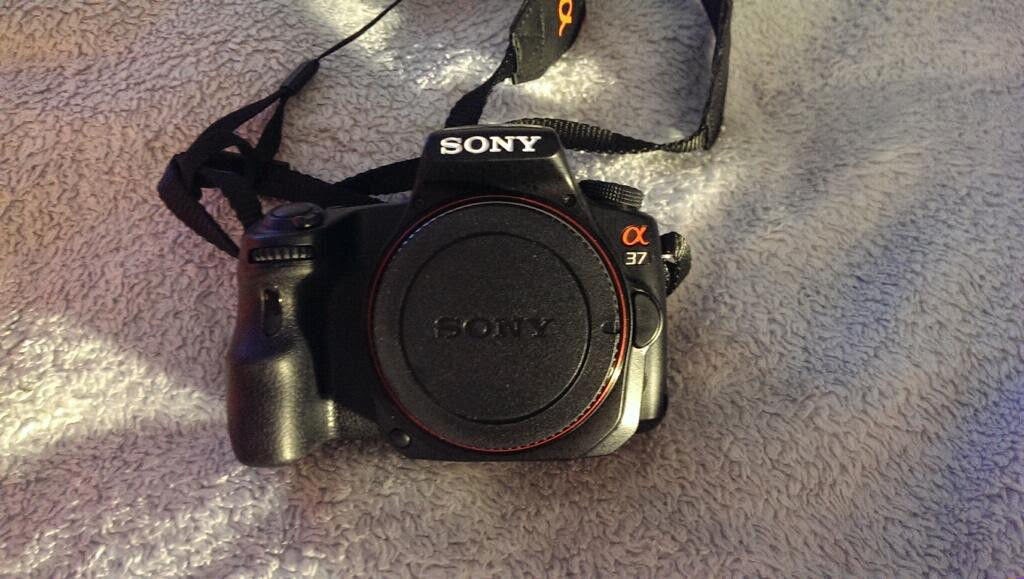 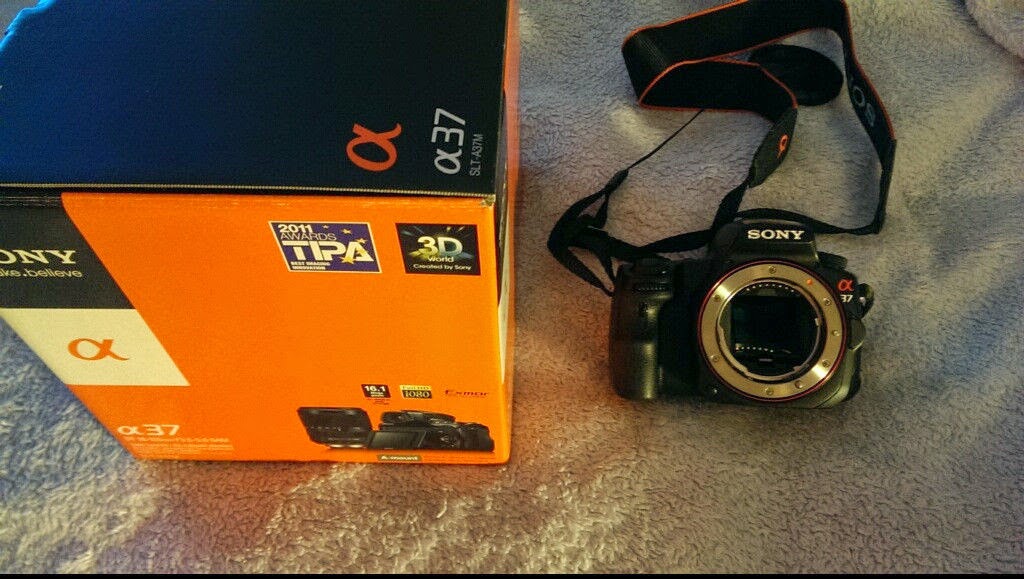 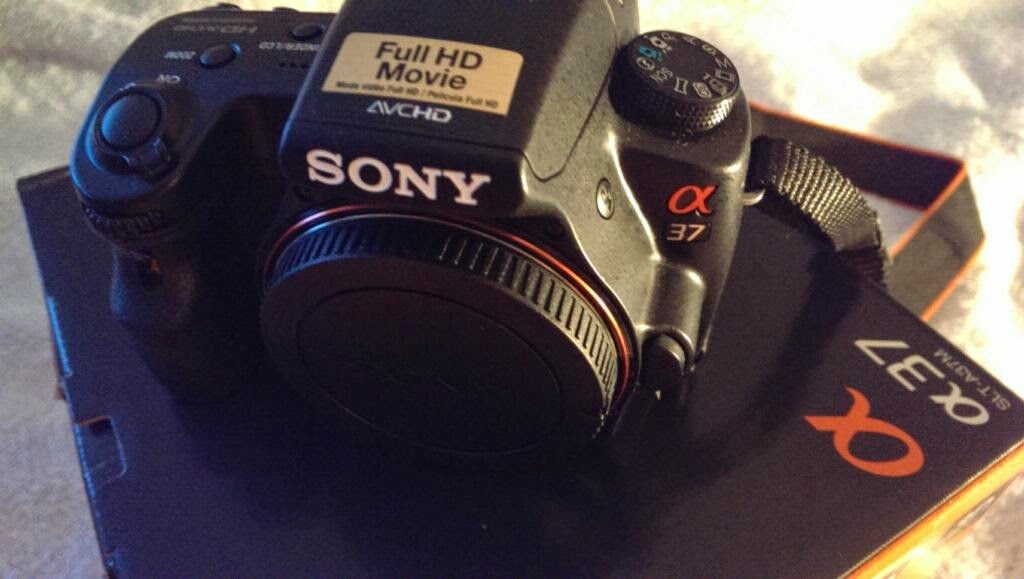 Posted by FelixGPhoto at 6:31 PM No comments:

Email ThisBlogThis!Share to TwitterShare to FacebookShare to Pinterest
Labels: a35, a37, a77, a99, DSLR, sony alpha, Sony SLT

As a result of my experience last week shooting in the field, I went ahead and purchased two new bags that I feel will hold up well in adverse, dirty and rugged conditions. I bought them both on eBay for around 100 dollars combined! What a great deal eh?

The first is the Lowepro Flipside 400 priced at 57 dollars! Take my money! I like that it has a water proof cover and can hold up to two DSLRs plus lenses. Second is an Alforja (never heard of that brand before) shoulder camera bag which holds one DSLR plus one lens. What I like about this one (47 dollars) is that it is offered in a variety of camo patters and colors. I selected the Multi Cam.

I am way overdue for an upgrade on my camera bags anyway, this last week just hammered it home because the bags I currently own, which I admit, I didn't spend much on, simply will not hold up in field conditions. Stay tuned for more reports on these bags after I receive them in a few weeks. 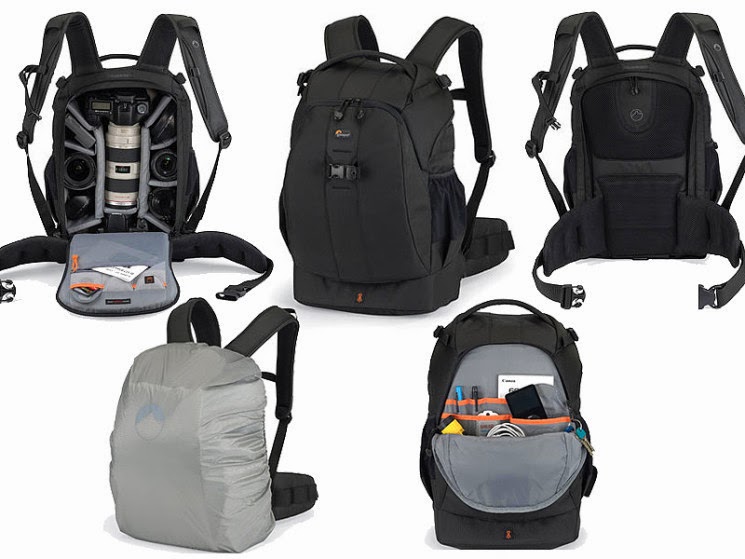 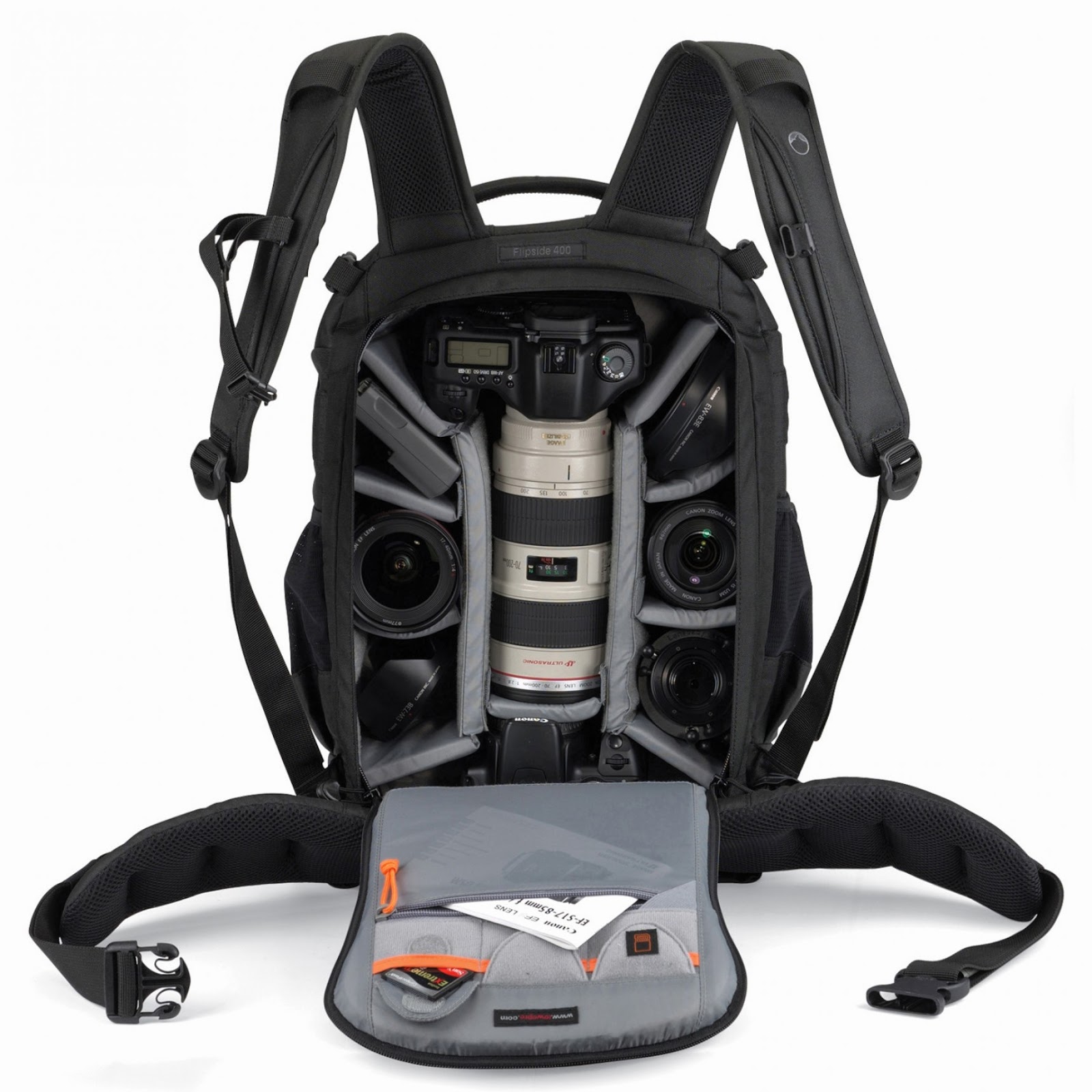 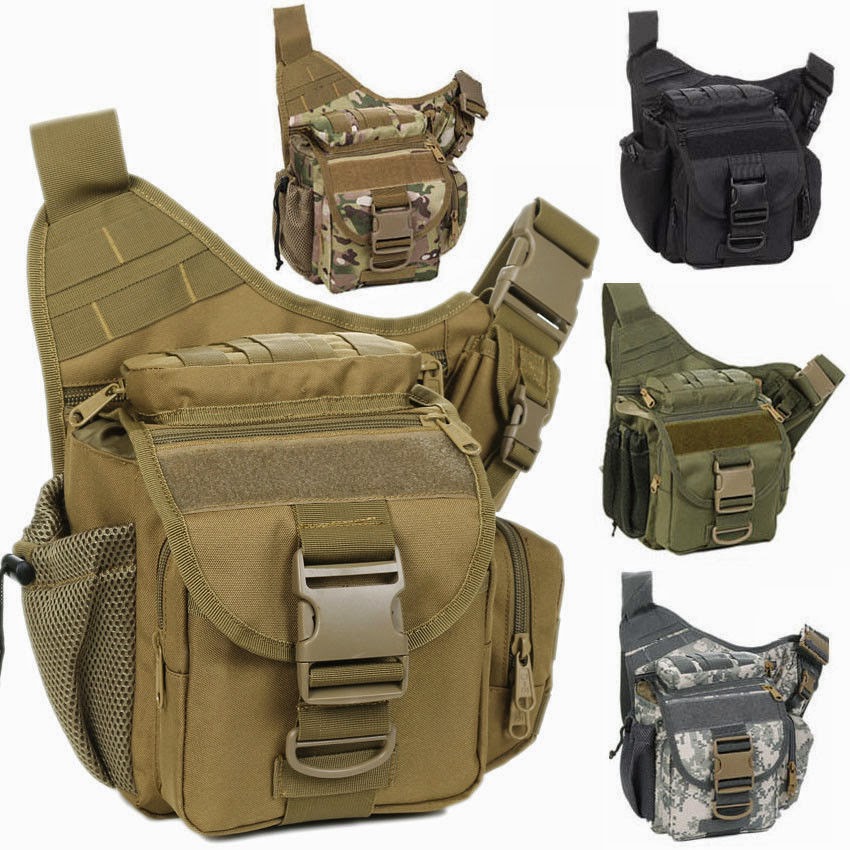 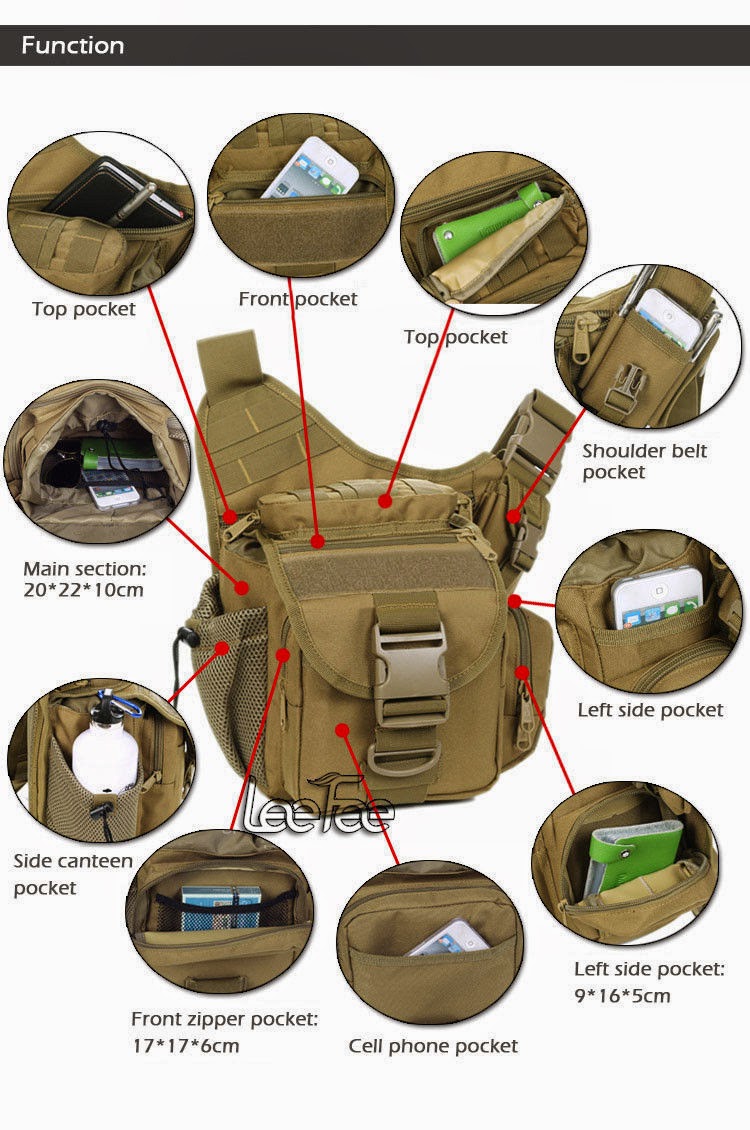 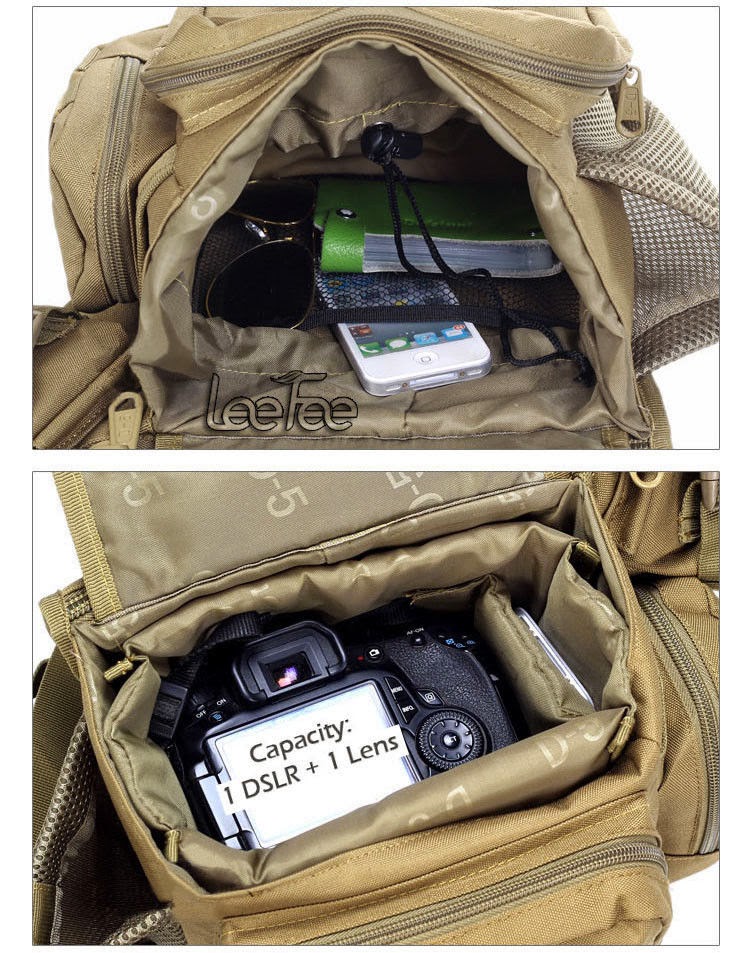 Posted by FelixGPhoto at 8:51 PM No comments:

Shooting in "The Field" is Tough on Gear 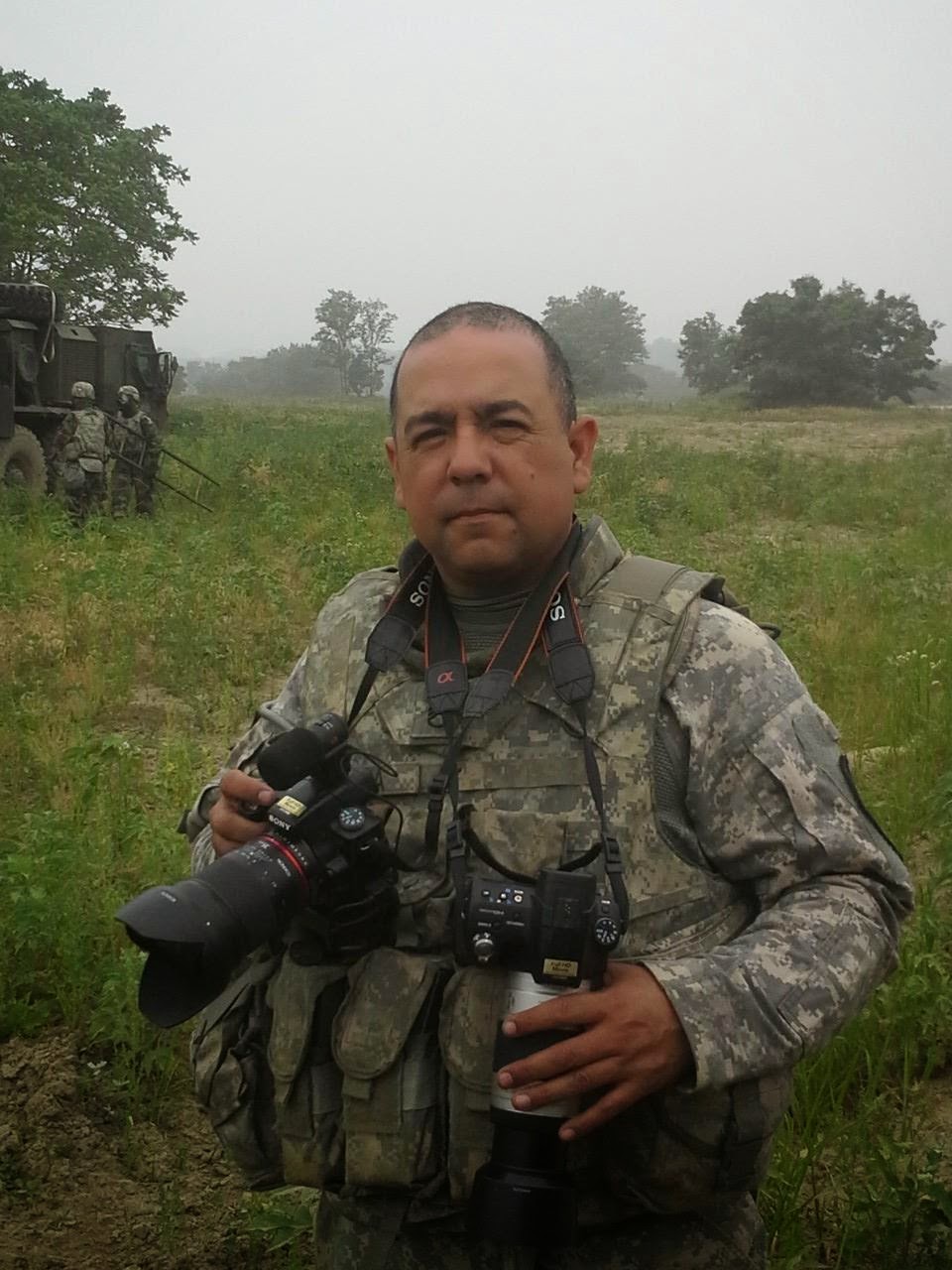 Shooting in the field offers it's own unique set of challenges, not the least of which are the environmental conditions that are particularly tough on your camera gear. Dust, rain, mud and rough handling are the main challenges. I spent this past week in the field with my unit which was conducting field exercises some where near the Korean Demilitarized Zone and while I have shot photos during training events in the past, this was the first time I was tasked solely to capture images of the training. I was assigned a driver and a Humvee and rambled around the training area capturing photos of all the major events including helicopter medical evacuations, simulated chemical attacks, squad attacks with role players acting as the opposition force and other army training like that.

I learned a lot as a photographer from having to face all the above mentioned challenges. I'd have to say that dust and dirt were the most difficult to deal with. I had with me my blower and some dust cloths but that was about it. I definitely need to add some canned air and maybe like a brush to dust off my gear. Also, I will be adding a rough and rugged camera bag specifically for use in these tough conditions. The two bags I took out with me (the only two I own) were not made to be used in these types of conditions. They are totally beat up and dirty, almost to the point that I have to throw them out.

Off road driving can take a toll as well. Imagine sitting in the front seat of a Humvee, wearing full body armor with cameras hanging around your neck. You're bouncing around with your cameras bumping into the front dash board and up-armored doors. I have to have my cameras at the ready in case I need to jump out and capture actions as it happens, at a moments notice. So, a well constructed camera body is essential. My Sony Alphas were up to the task.

Stay tuned for more photos from this series... 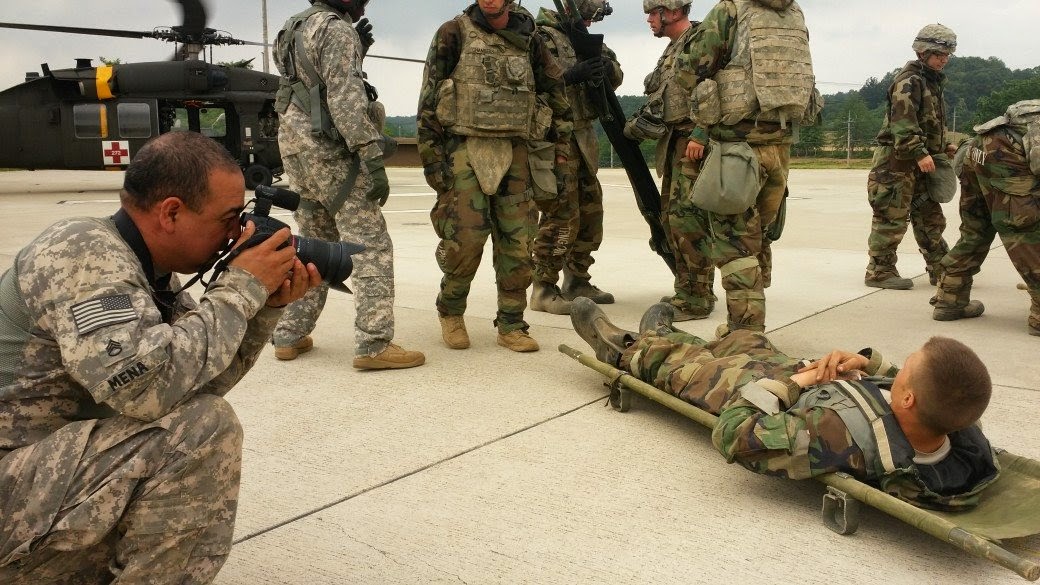 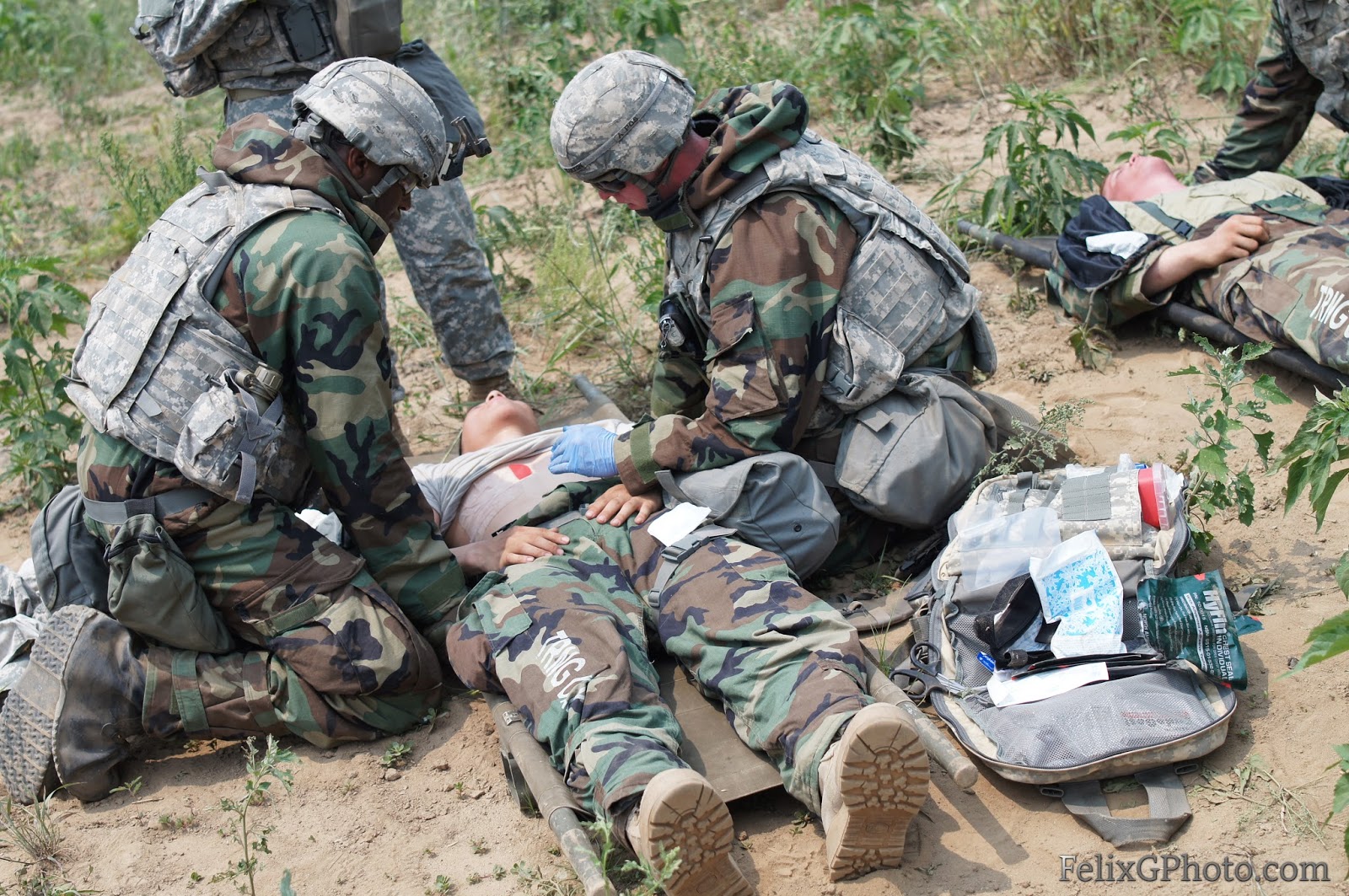 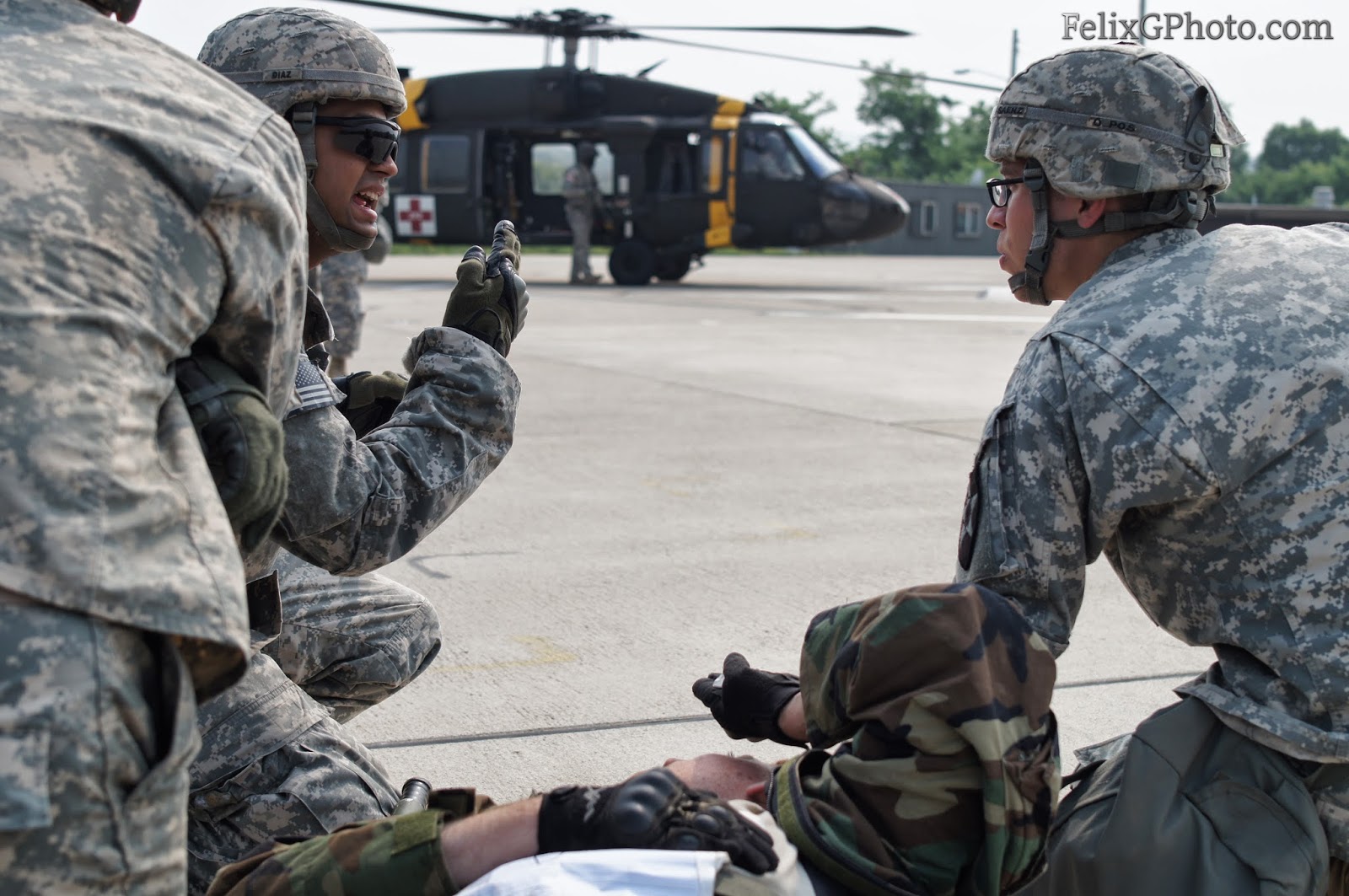 Posted by FelixGPhoto at 4:54 AM No comments: 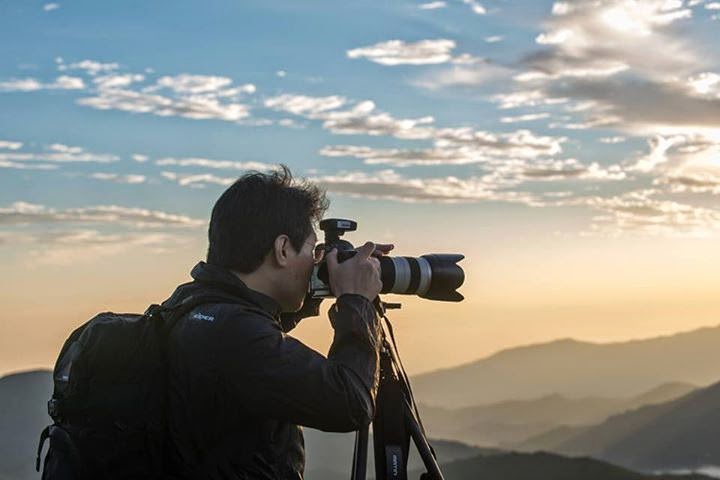 I can't recall how I first encountered the photography of Sungjin Kim. I know that at some point, I followed his Facebook page and later we added each other as friends on our personal pages. But I can say that I was extremely impressed from the moment I first gazed at one of his photos. He must be an excellent hiker because he'd have to be to get to some of the locations from which he shoots amazing landscapes of Korea.

He was kind enough to answer a few interview questions and proved some of his favorite photos for this blog feature. We have made arrangements to have dinner together along with another one of his photographer friends, John Steele. I'm looking forward to it, I'm sure I can learn a lot from this seasoned expert!

He has won numerous awards and his work has been featured in National Geographic and many other photography competitions.

For more go to his web site at http://www.sjkimphotos.com/

How long have you been shooting photos and how did you get started?
I started photography since late 2005 after seeing some beautiful picture from National Geographic magazine and got inspiration. At first, I didn't have enough money to buy a camera so I stopped smoking and bought it on an installment.

I read in your Biography that you are in the IT industry. Any aspirations of leaving IT to shoot photos full-time?
I always eager to be a full-time professional photographer and always thinking of business plan to make it.

What are the pros and cons of sharing your photos online for free versus selling them?
Pros : I can make people happy who love my photo works by sharing online and there are some advantages of being known by the media.
Cons : There are some possibilities of infringement of copyright by using my photo illegally without permission

What are some of your goals and aspirations as a photographer?
I always dreaming to travel the old Silk Road and South America by camping car and shoot some exotic landscape. Also thinking of 365 days shooting project about some selected topic.

Do you take selfies and if so, can we see one?
I'm sorry. I seldom take selfies, so I only have some candid shots of me taken by my friends. 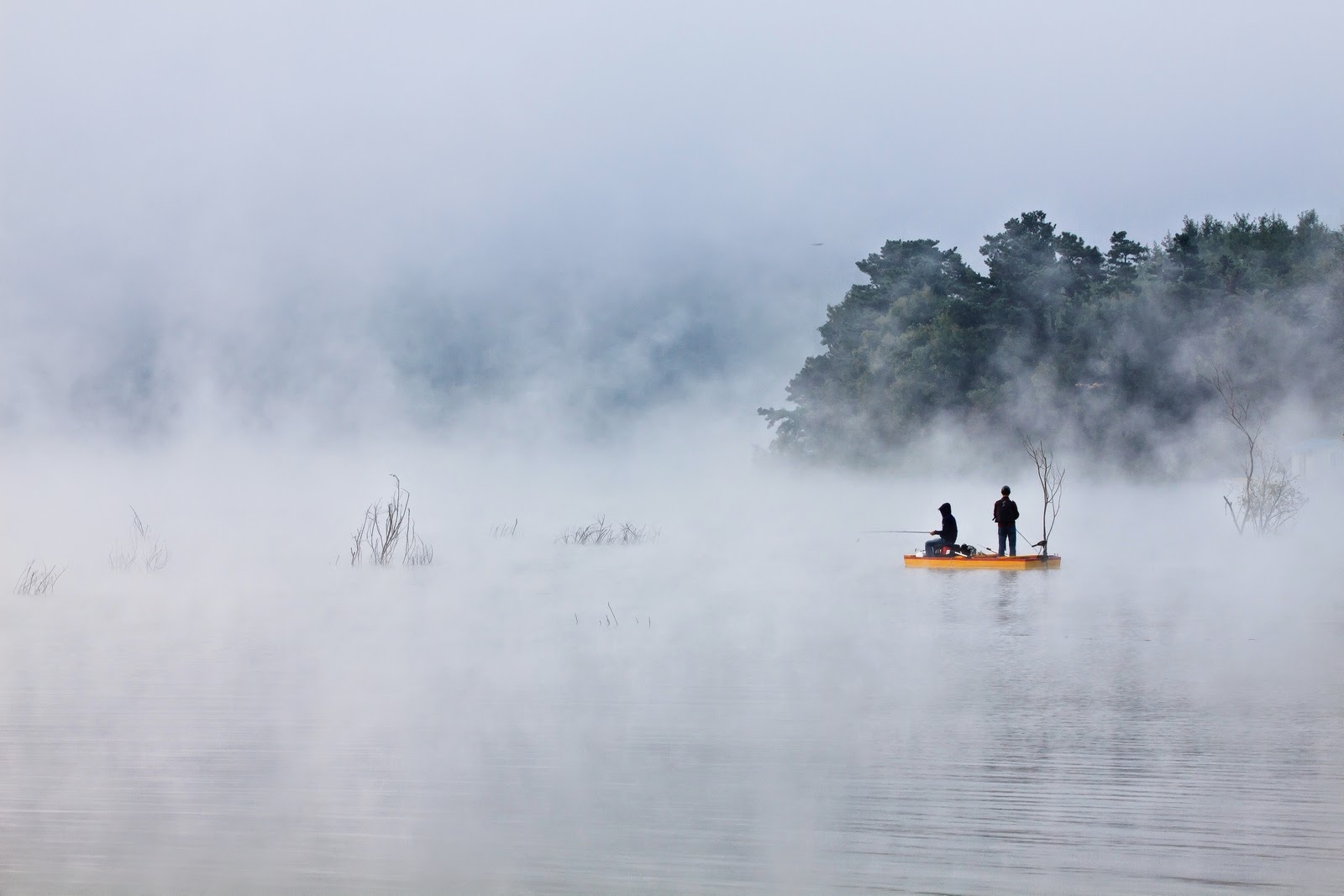 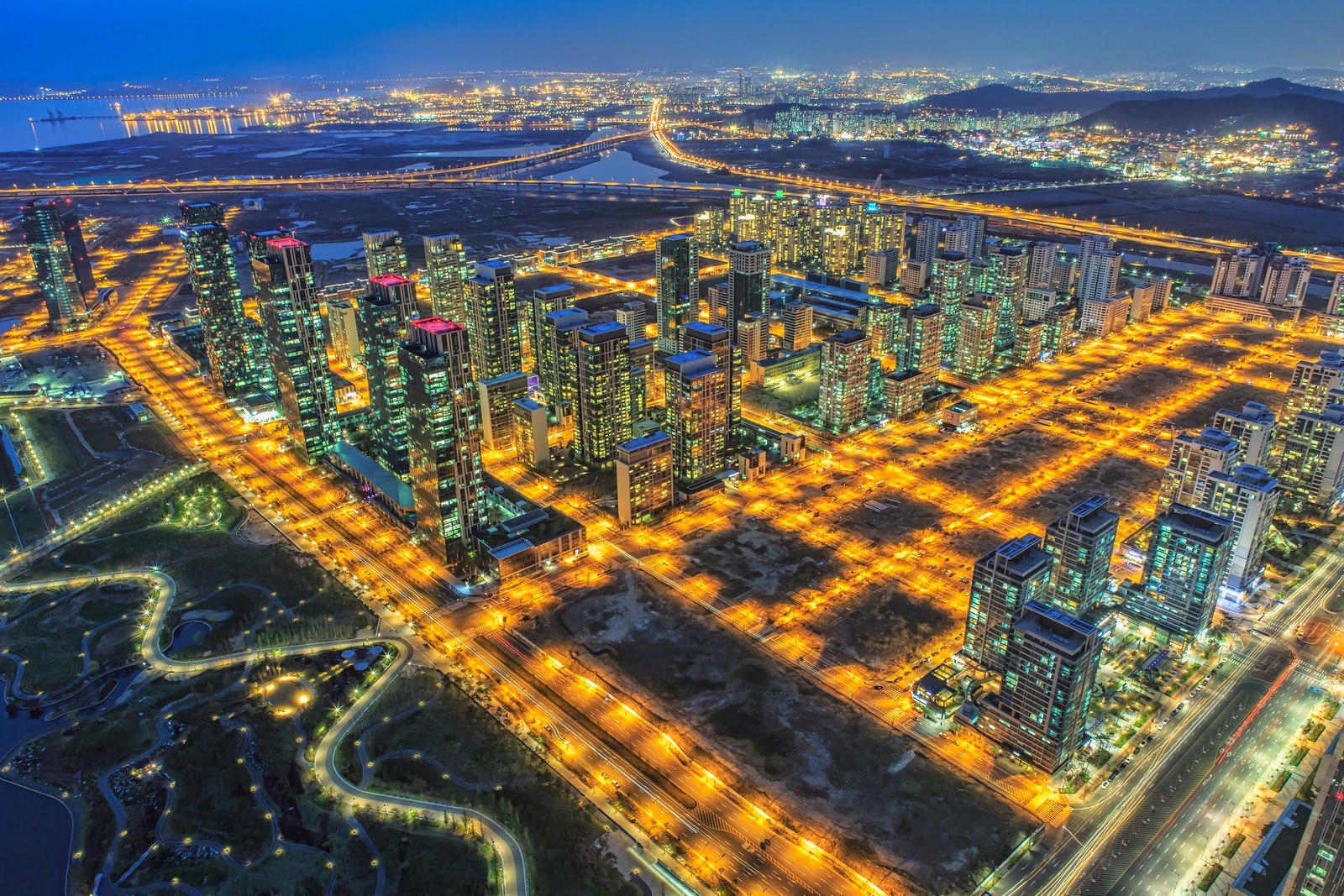 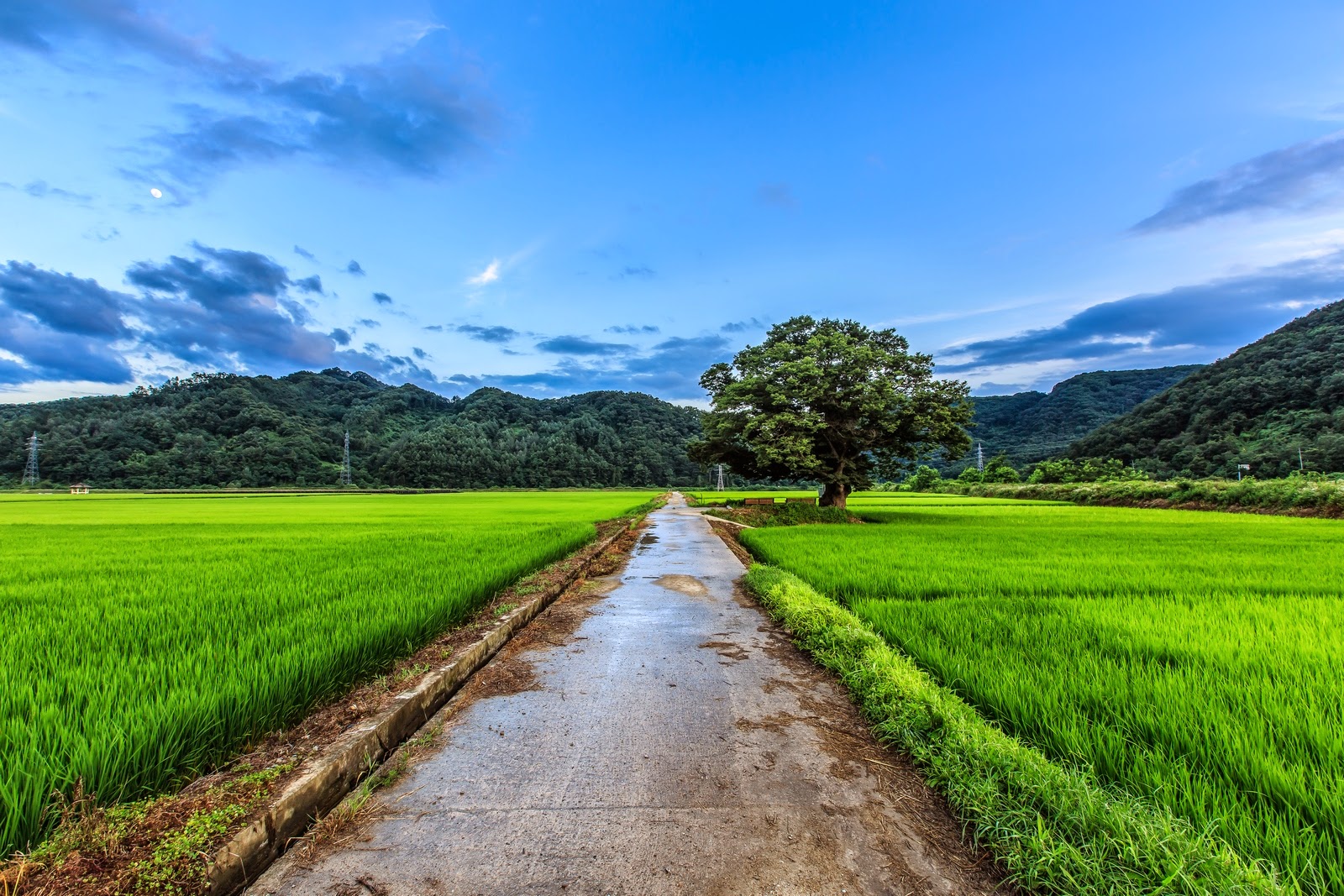 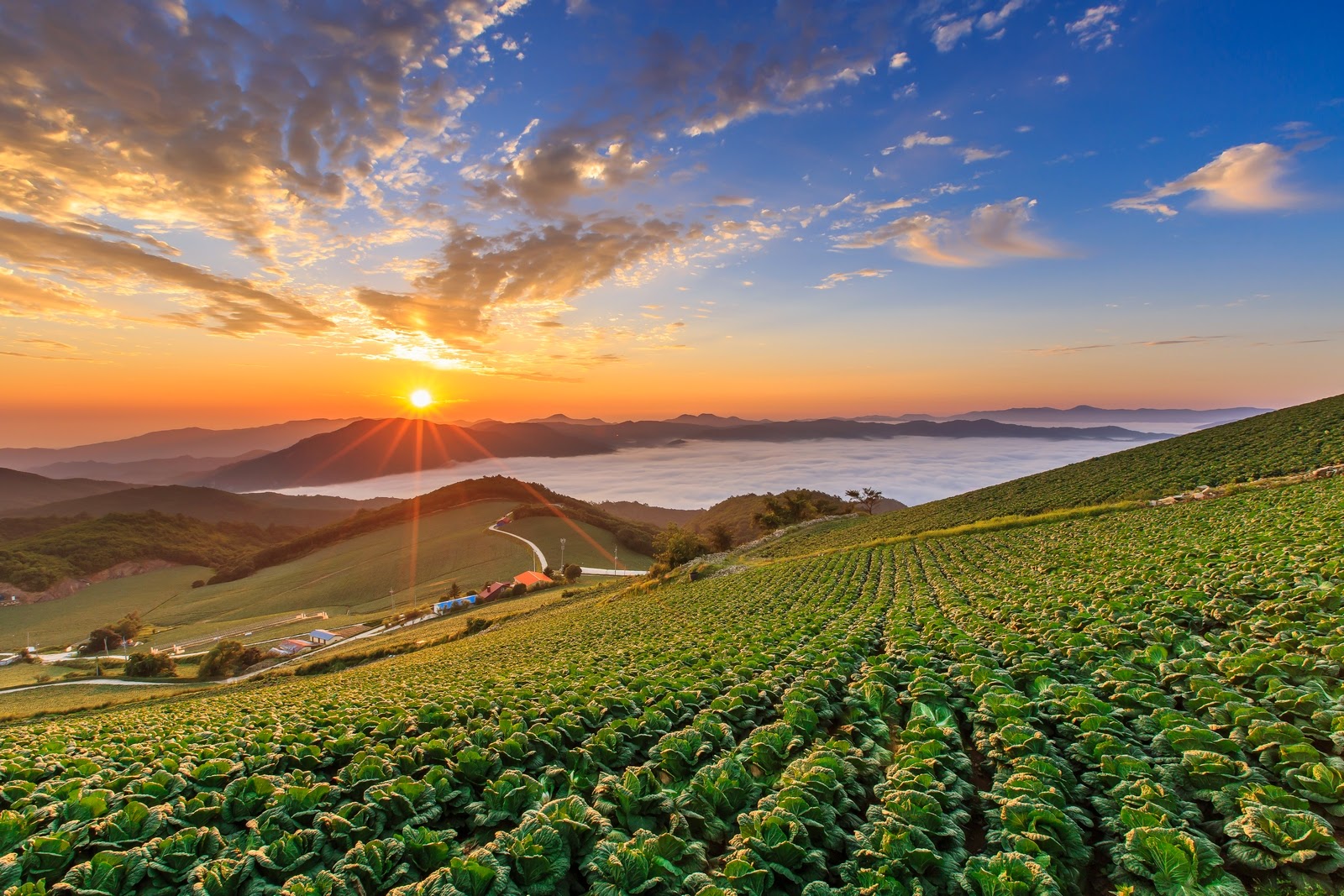 Posted by FelixGPhoto at 10:54 PM No comments:

Pic of the Day - Admiral Yi 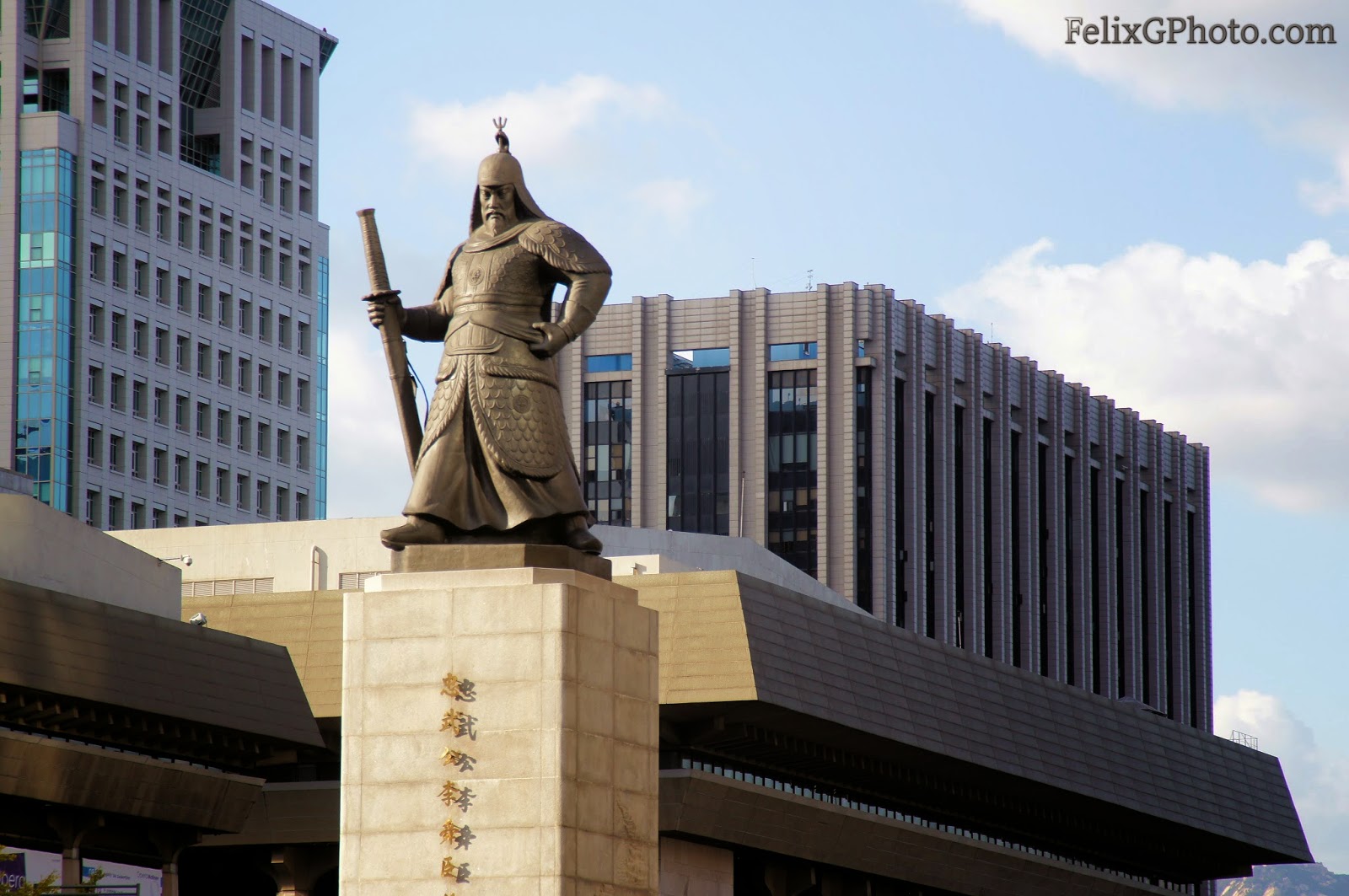 
Sungjin Kim is by far the best Korean photographer I have run across. He is blessed and gifted with an eye for beauty and the talent to capture images of Korea that truly do this amazing country justice. He recently posted this amazing photo of the statue of Admiral Yi in downtown Seoul. I wanted to give a "Tip of the Hat" to Sungjin Kim and share with my readers his photography. You can purchase prints of this image and view a full sized photo right here http://500px.com/photo/73361847/reflection-by-sungjin-kim?utm_campaign=photo_upload&utm_content=web&utm_medium=facebook&utm_source=500px

And see more of Sungjin Kim's photography at his web site http://www.sjkimphotos.com/ and follow him on Facebook https://www.facebook.com/sjkimphoto 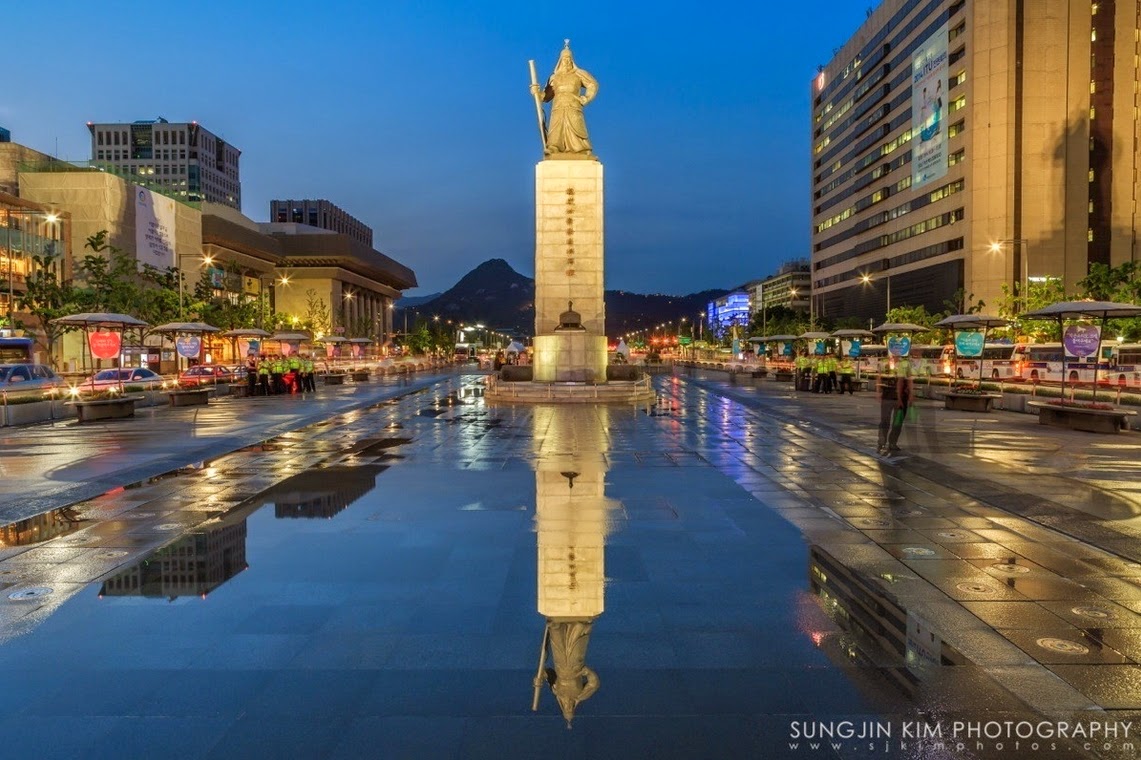 Posted by FelixGPhoto at 4:50 PM No comments:

Few things give me more pleasure than the arrival of a package at my mail box, knowing that what's inside said package is a brand new lens to play with. I was thrilled to pieces yesterday with the arrival of just such a package. Inside this particular package was my new Rokinon 8mm Ultra Wide Angle Fish Eye lens! I took it out for a test spin, dinner out in Korea made a perfect opportunity to try it out. 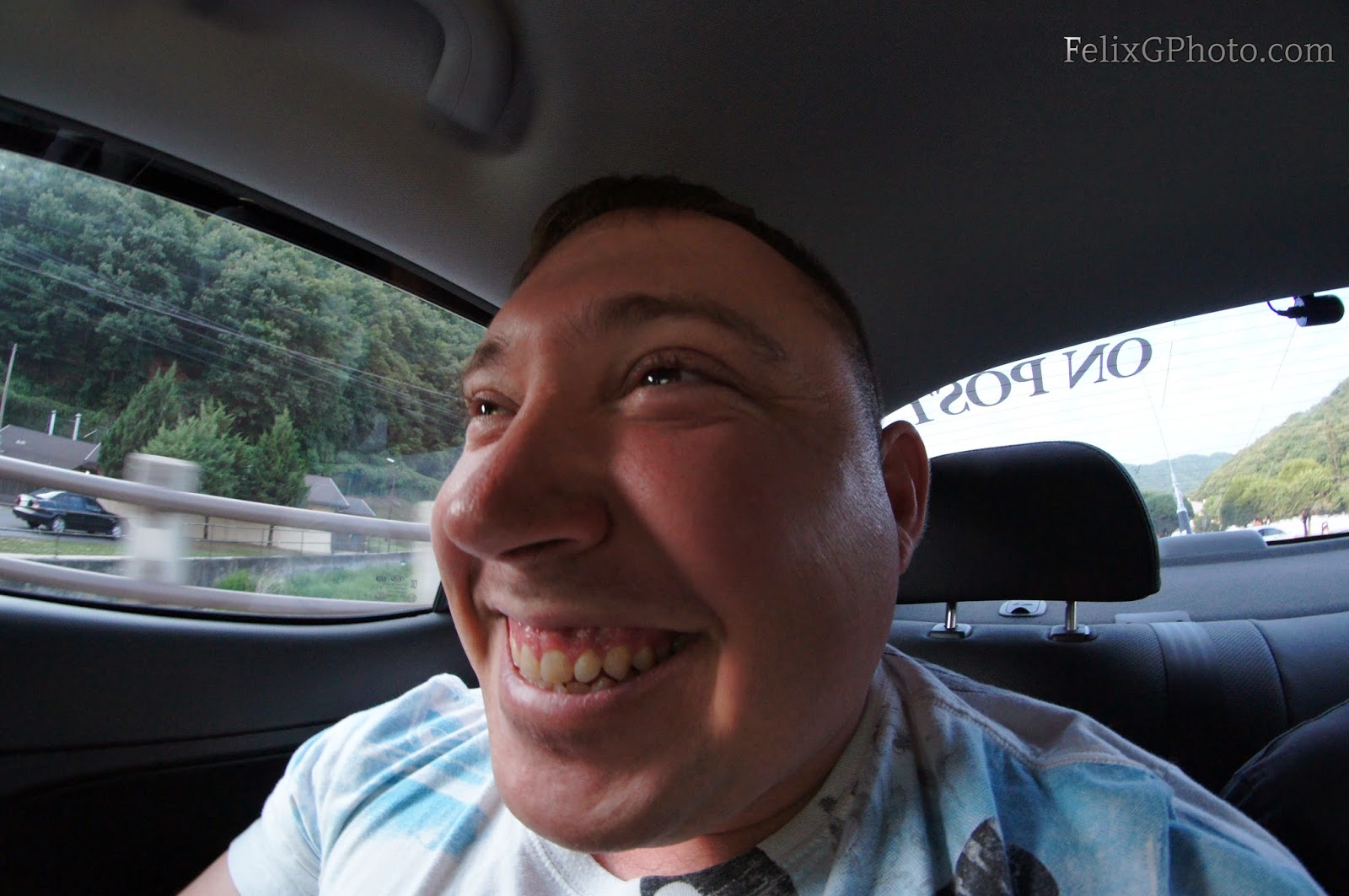 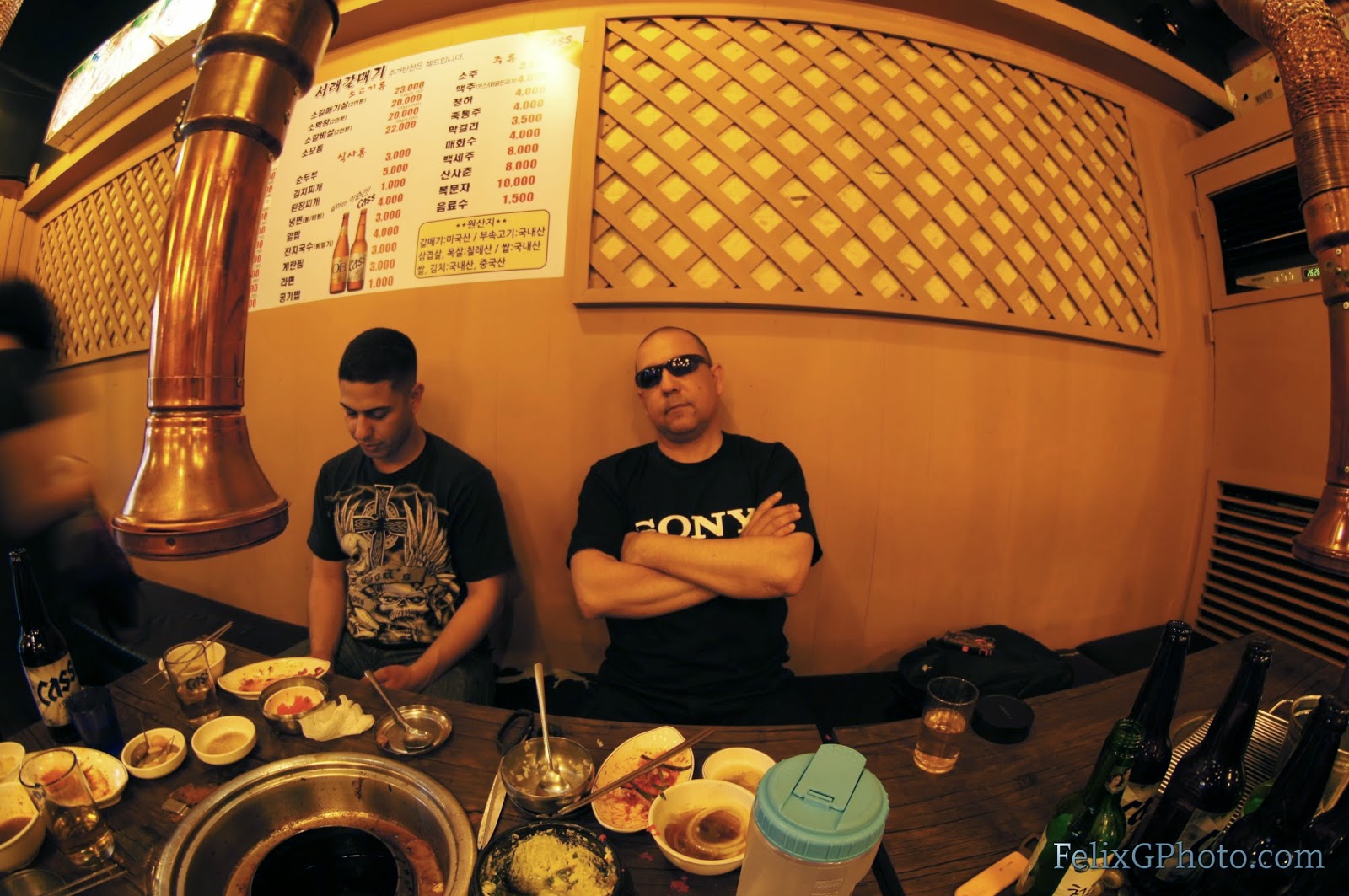 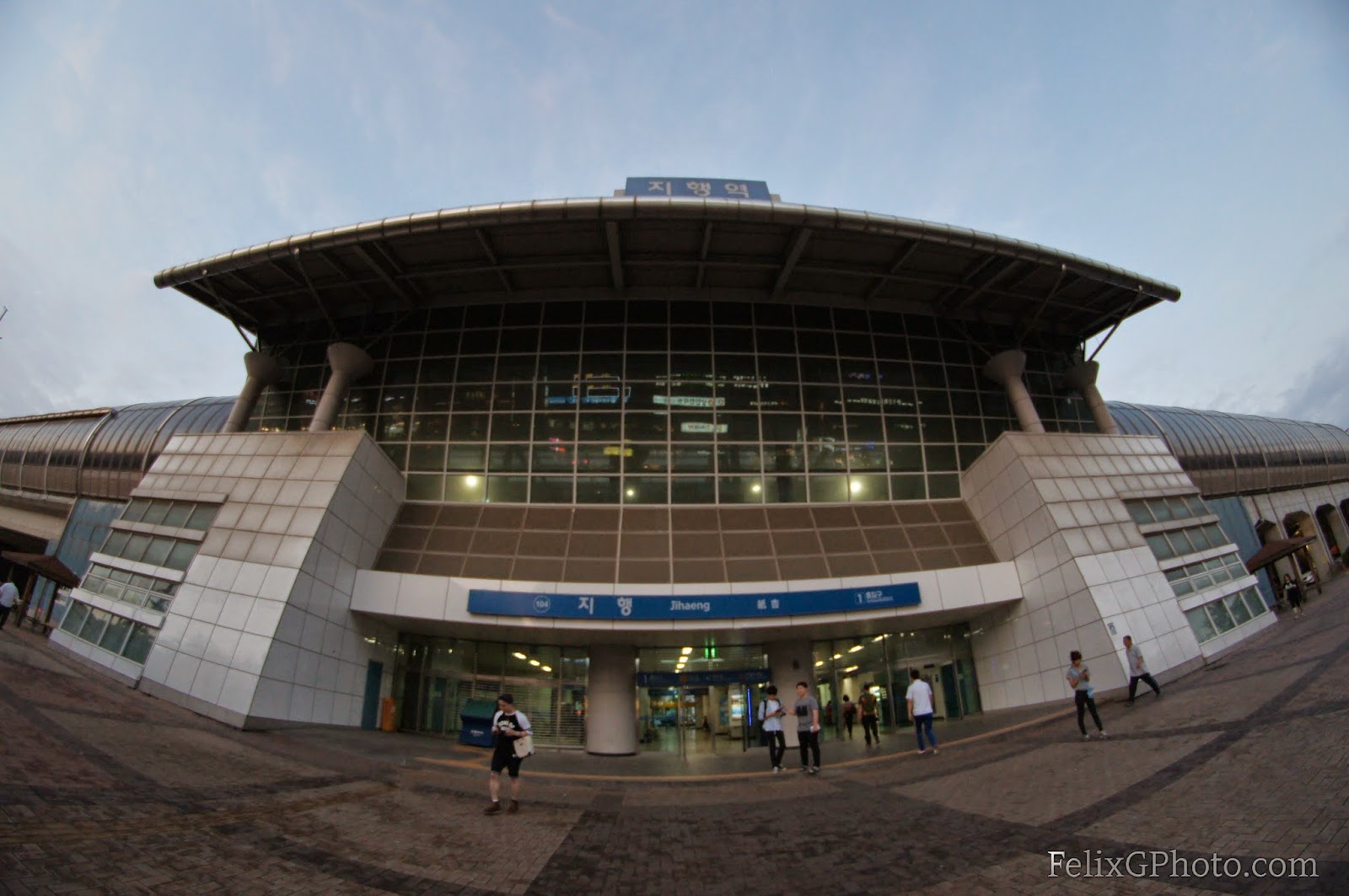 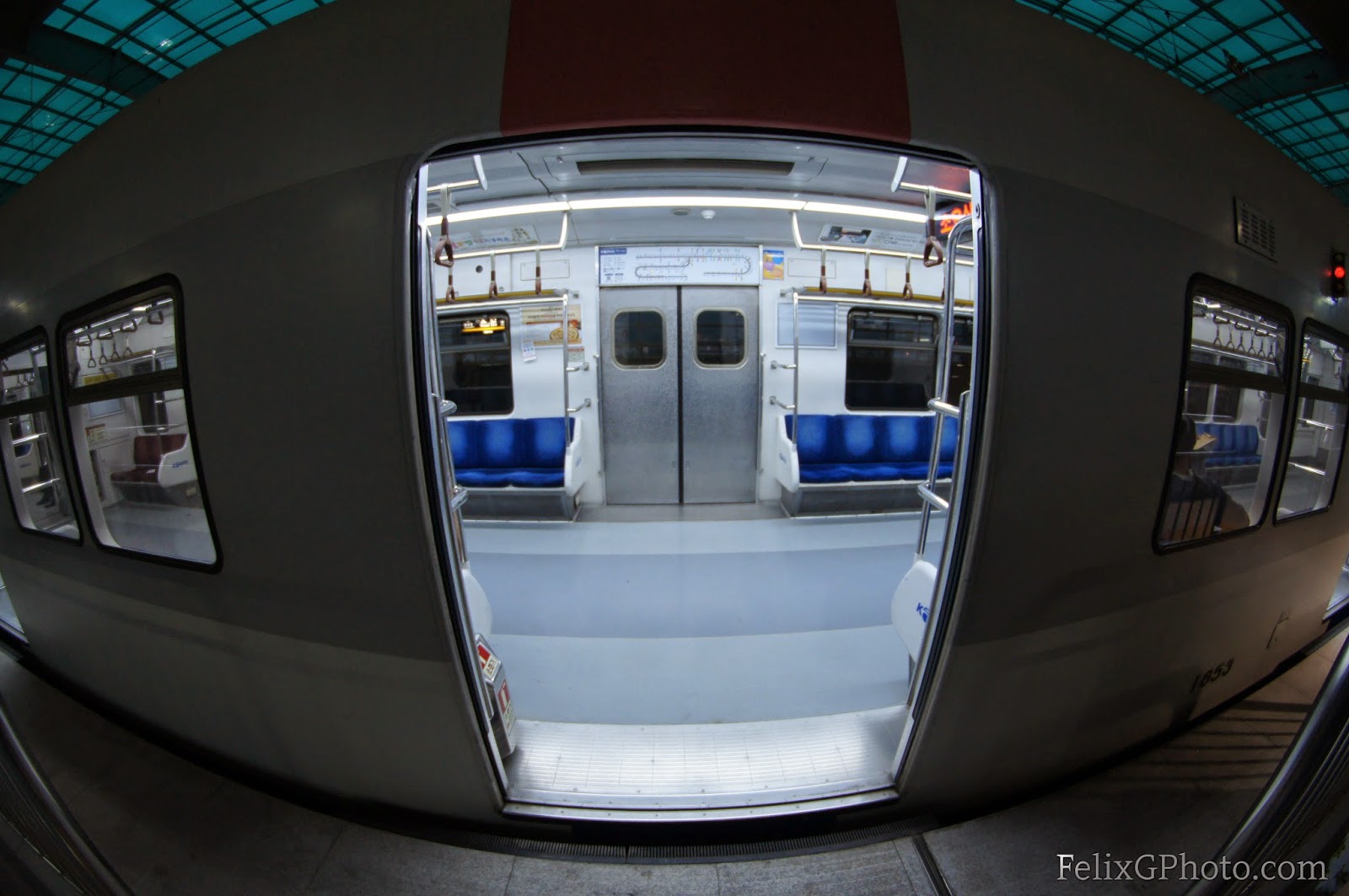 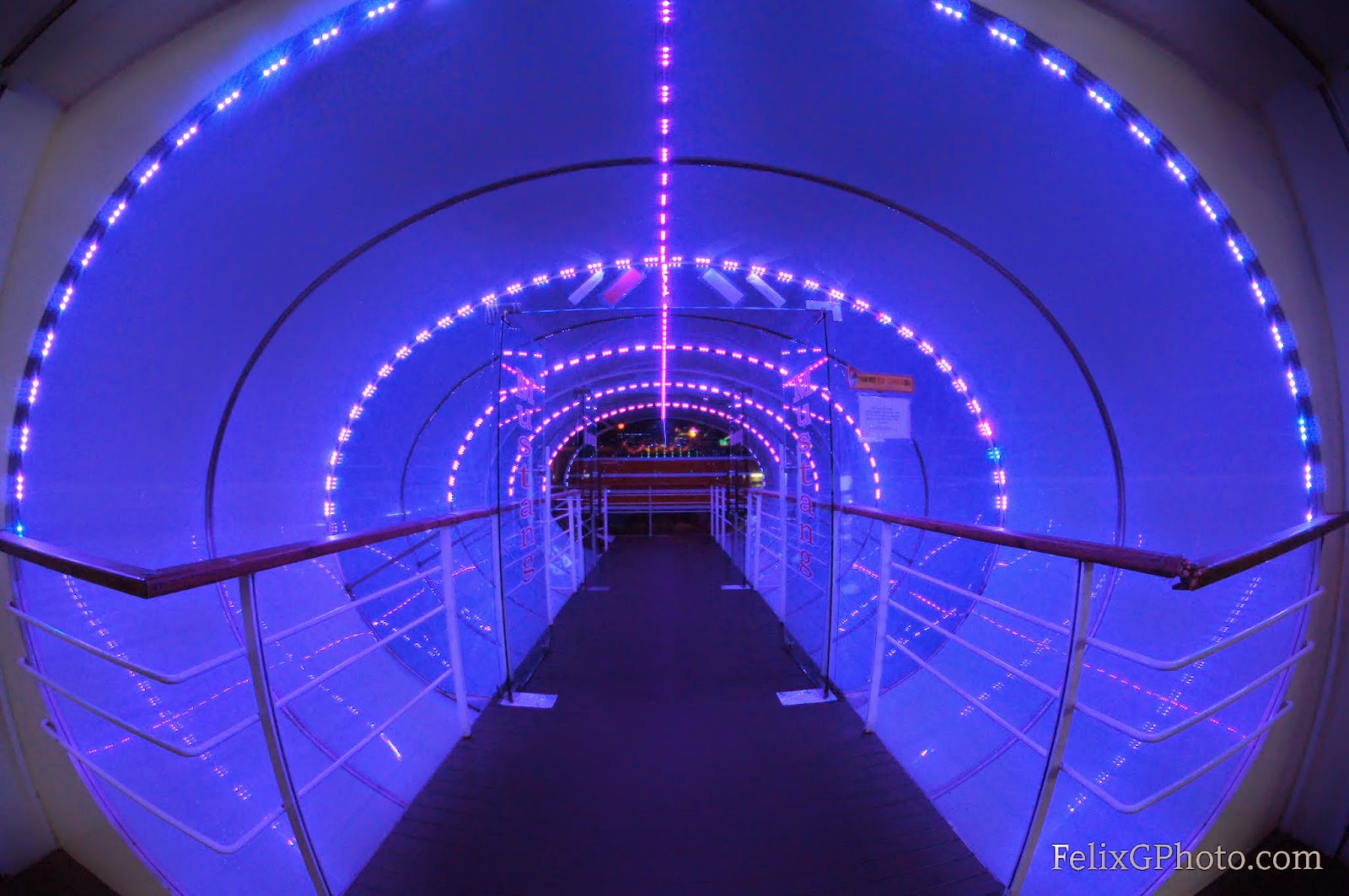 Posted by FelixGPhoto at 4:26 PM No comments: