I was quite excited to get my new Rokinon 14mm wide angle lens, as I am with each of my new camera-related acquisitions, and wanted to post a few images and give you my first impressions.

Firstly, the lens looks to be extremely well built and sturdy. It is fairly compact, not too long in length, not too wide. It comes in a nice package and includes a felt soft case. It fits snuggly onto my Sony A99 and the manual focus ring is smooth and quiet.

I just received it yesterday and only had the chance so far to snap a few photos in my army barracks room here at Camp Casey, Korea. I'll take it out into the world this weekend. Check back for more pics. 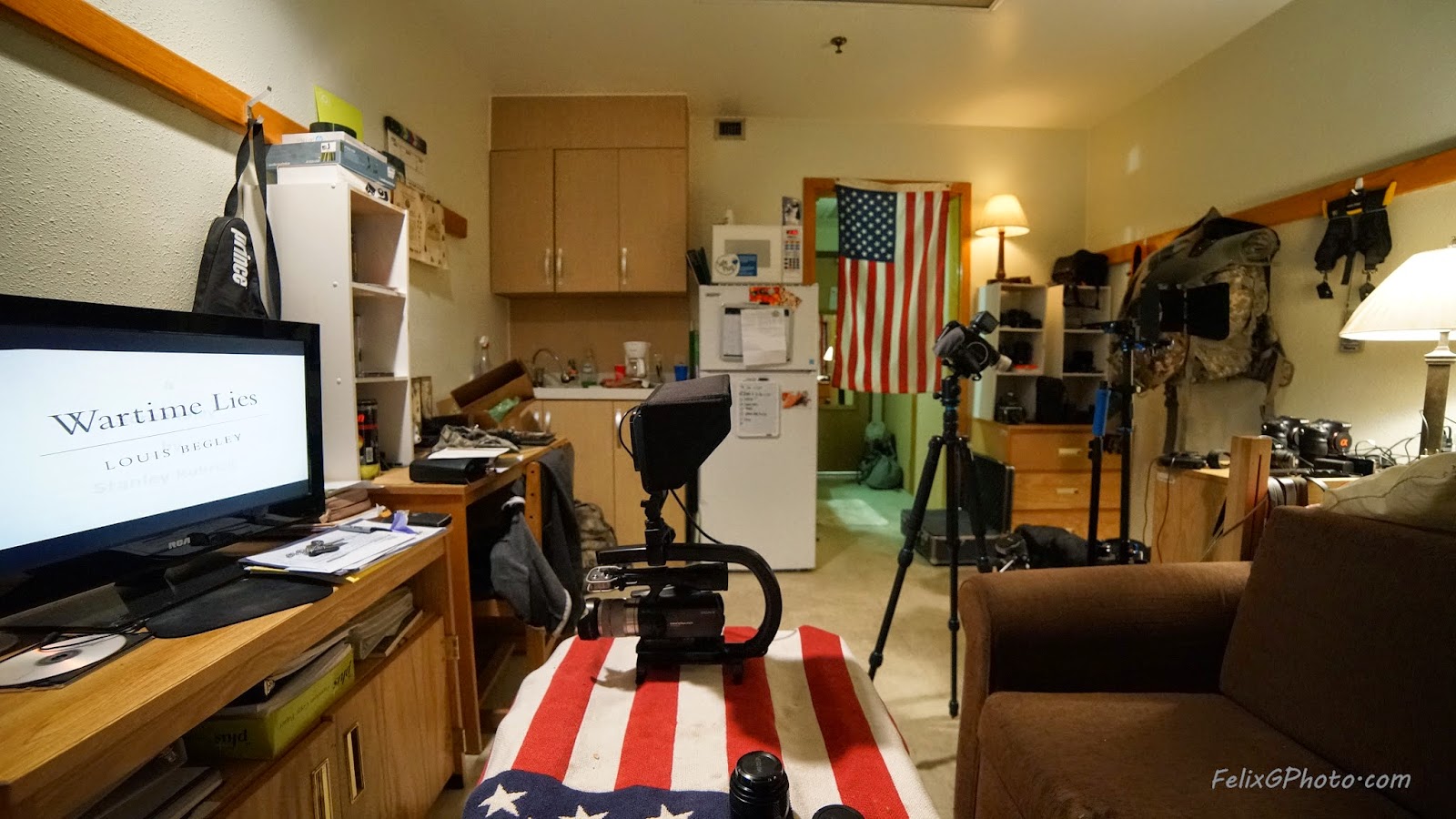 The interior of my army barracks room at Camp Casey, South Korea
Shot with Sony A99 and Rokinon 14mm f/2.8 wide angle lens 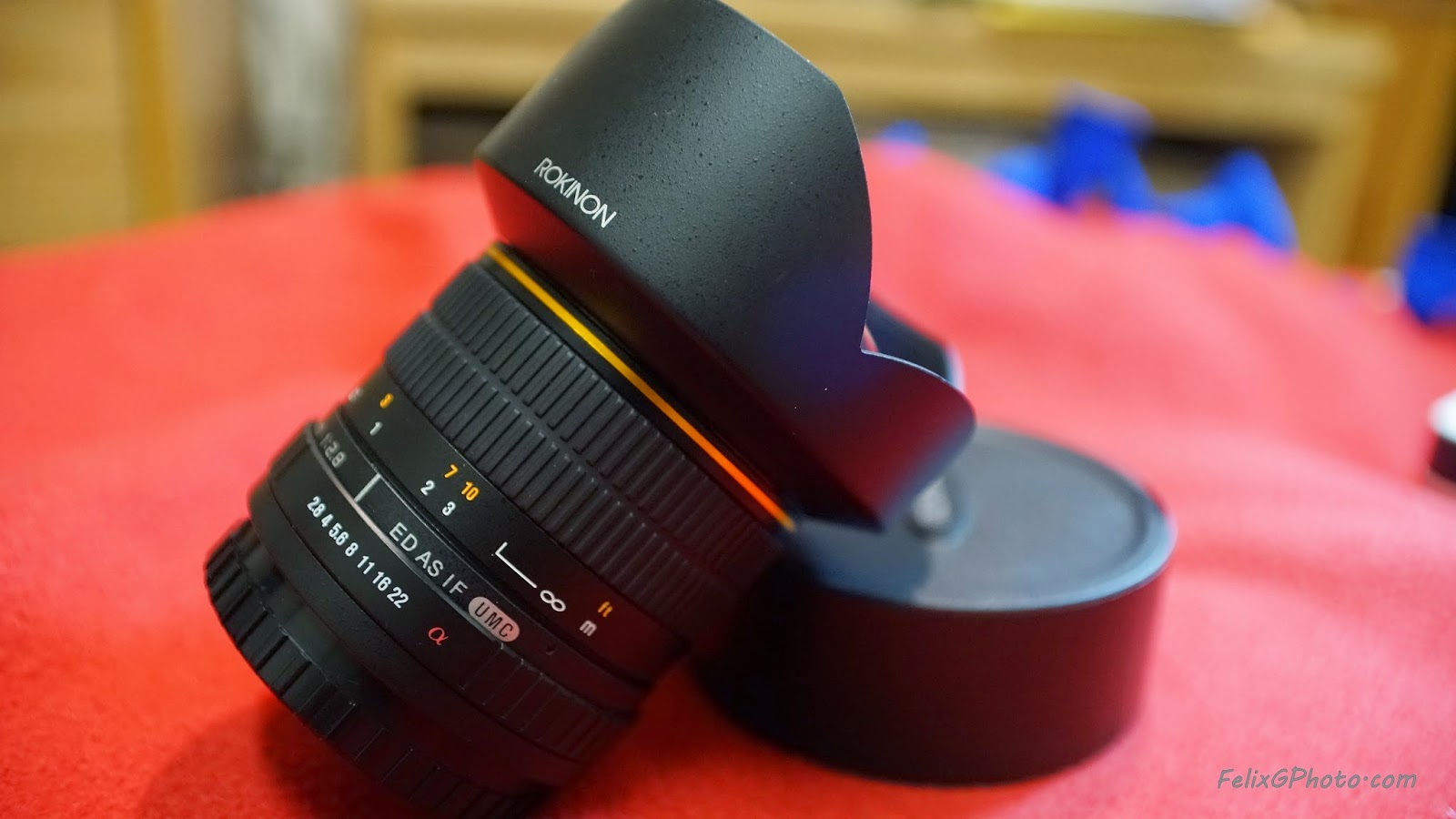 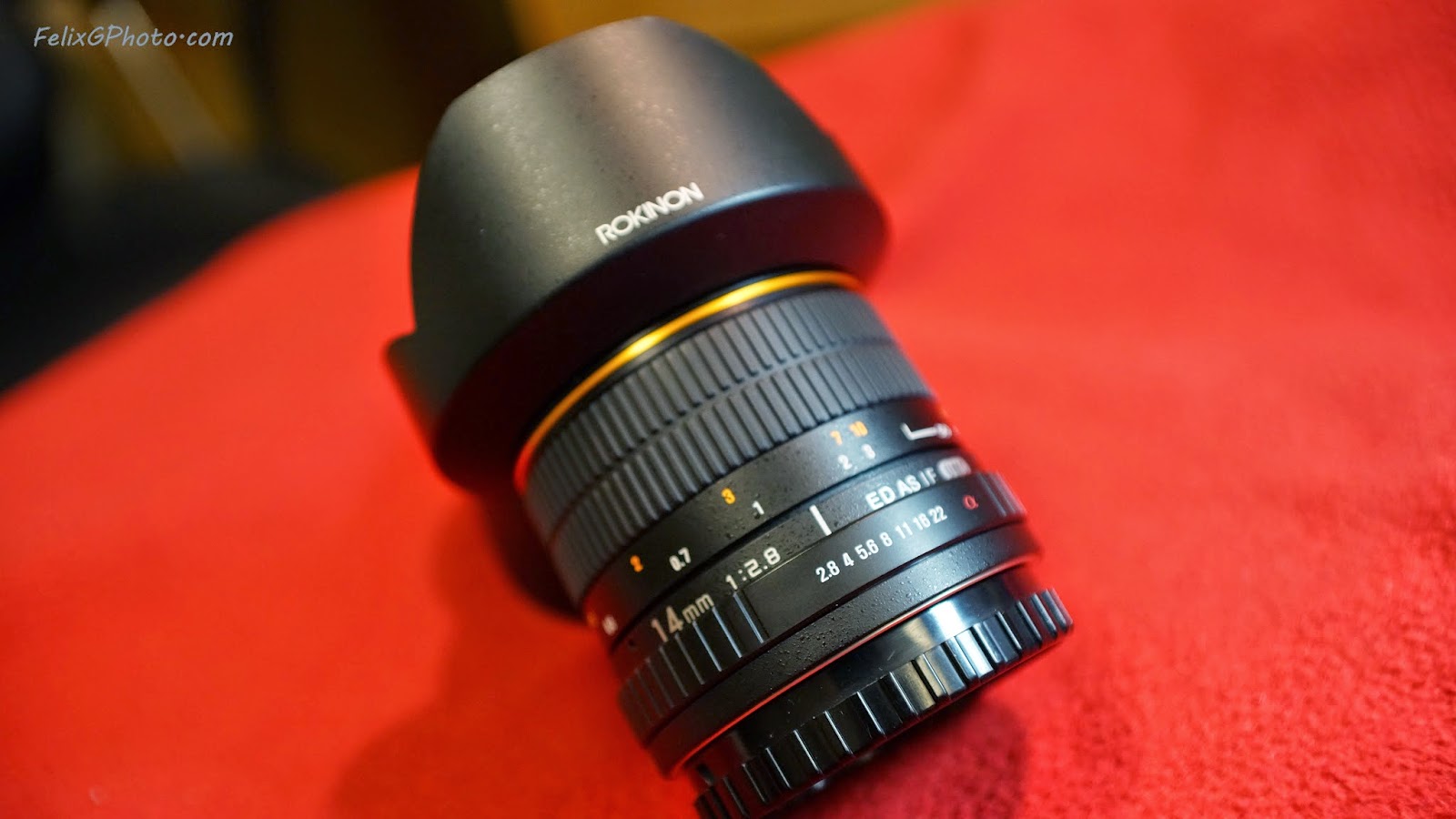 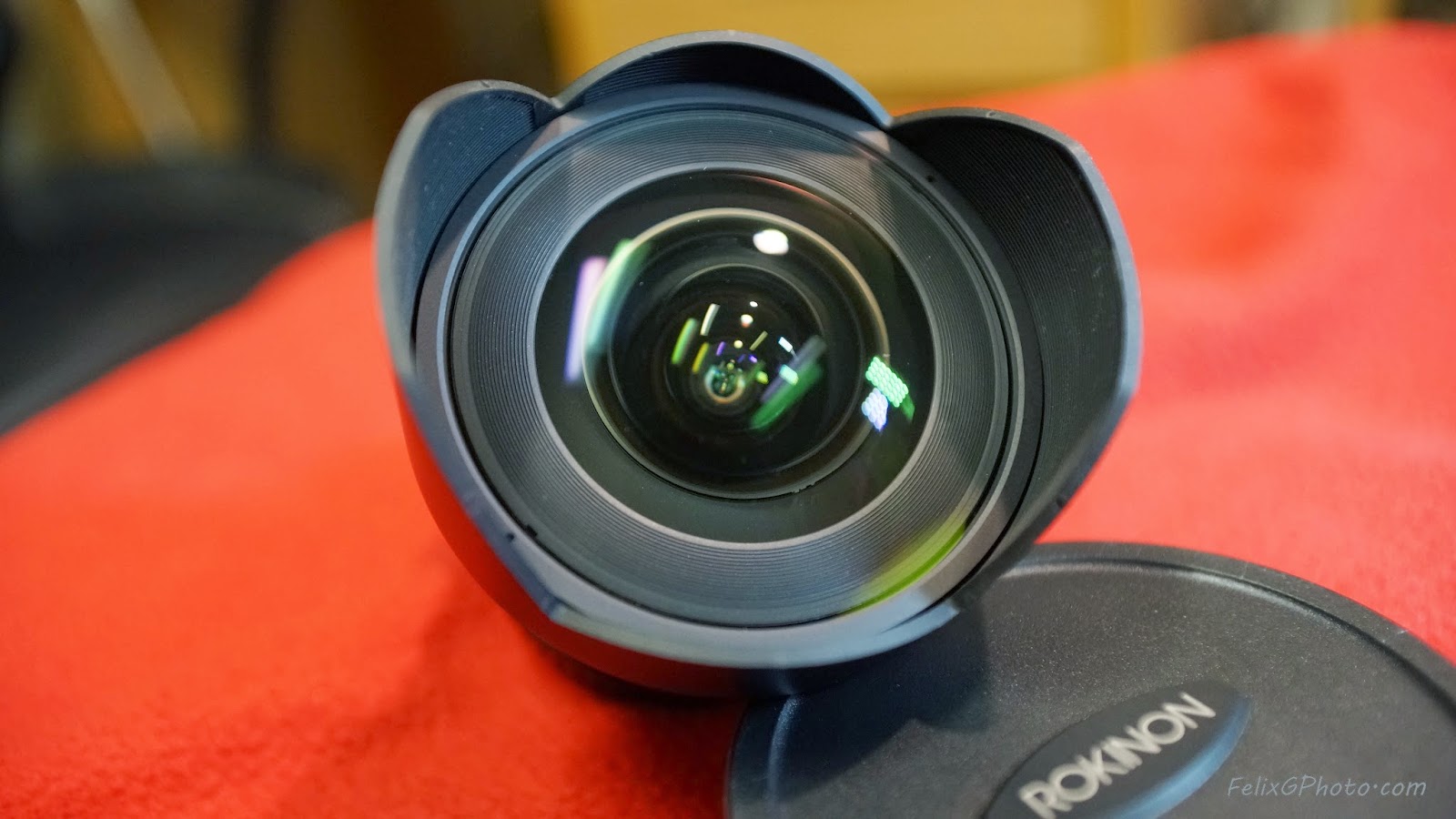 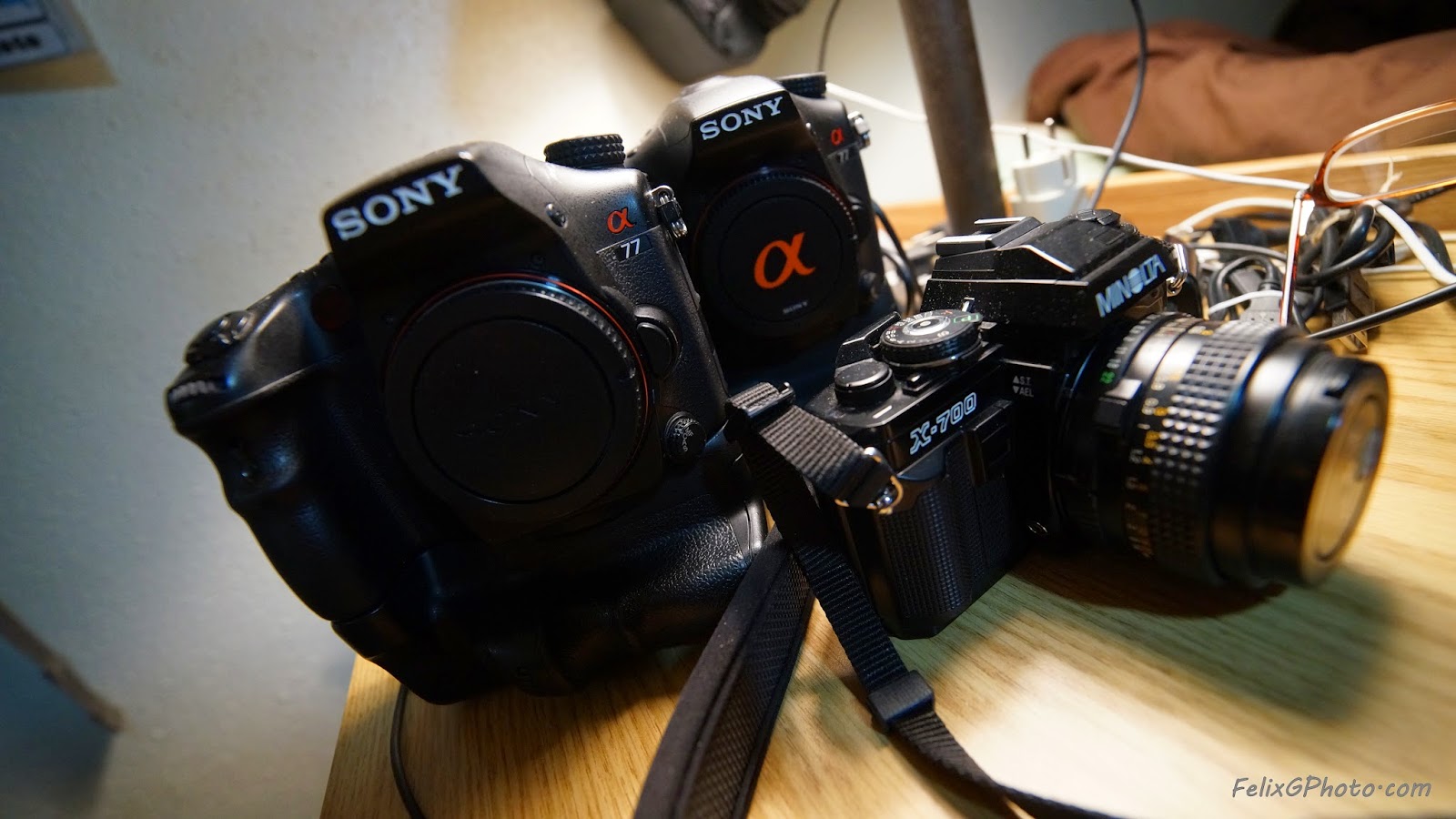 Posted by FelixGPhoto at 2:46 PM No comments:

I feel quite confident in saying that I have a serious camera habit.Granted, it's not a crack habit but it's as close as you can get. I have so many cameras that if I wanted to open my own shop right now I'd have a fairly decent inventory to stock the shelves with. And while that may be a slight exaggeration, what's not an exaggeration is that I do, in fact, have a serious camera habit.

Now, I can justify my need for all these various cameras all day long, but who am I trying to convince? No, I don't "need" them all but, I do put each and every one of my cameras to good use.

So why do I "need" a new Sony A6000? Well, I'll tell you why (you knew that was coming). I have been most unsatisfied with the little Sony DSC-W710 that I purchased for around $70 USD. That camera is supposed to fill the role as my compact pocket camera for when I don't want to lug around a DSLR, like when I'm going out to dinner with friends, for example. But it sucks. I have never liked the photos it takes, never. But you get what you pay for, almost without fail. I paid $70 USD and that's what it's worth, probably not even that much.

With a vacation to the Philippines just around the corner, I found that I was questioning whether or not I wanted to bring a treasure trove of lenses and cameras. Sure, there would be plenty of photo ops, that's half the reason I'm going, but when I consider the weight of a full camera bag, combined with the thought of my gear possibly being stolen (we've all heard stories about cameras being stolen on vacation right?) I found myself leaning more and more towards finding a high quality compact camera to replace my POS Sony DSC-W710.

I knew right off the bat that I was going to pick a Sony camera to fill this need of mine, but which one would it be? And what would my budget be?

I knew I didn't want to go with something as pricey as the Sony A7 but I wanted to get the highest quality images I could at the best price. The Sony A6000 is the replacement for the Sony NEX6 and NEX7. Both really nice compact cameras. But the improvements found in the A6000 really set it apart not just from the NEX series, but also from all it's competitors.

Let's take a look at some of the main features:

* Mirrorless
* World's fastest auto focus!
* Continuous shooting at 11fps
* 179 auto focus points (unheard of!)
* 24 mp Exmor CMOS censor
* OLED viewfinder (which the A5000 does not have)
* Tiltable LCD screen
* Wifi and NFC connectivity
* Amazing low-light images with ISO up to 25,600!

And lastly, it's an interchangeable lens camera that uses the Sony E-mount of which, I already have 3 lenses which I use on my NEX-VG10 video camera. So right there, I will have a total of 4 lenses, including the 16-50mm lens the Sony A6000 comes bundled with.

As for price, when it was first launched the Sony A6000 sold for around $800 USD. Currently, the Sony web site has them listed for $699 and I've seen some deals online for around $680 which includes some free accessories. I contacted my camera "insider" dealer here in Seoul and he was able to get me a brand new one for $610. He couldn't locate any used ones for me. Used models are currently trending around $530-$570 on ebay. So for the modest difference in price I figured I'd go for a brand new one this time.

And as if all those features weren't enough, viewing some of the review videos currently available on You Tube definitely closed the deal...

As always, I'll post sample photos as soon as I get to shooting with it!

Here are some stock images of the silver Sony A6000. She's a beauty isn't she? 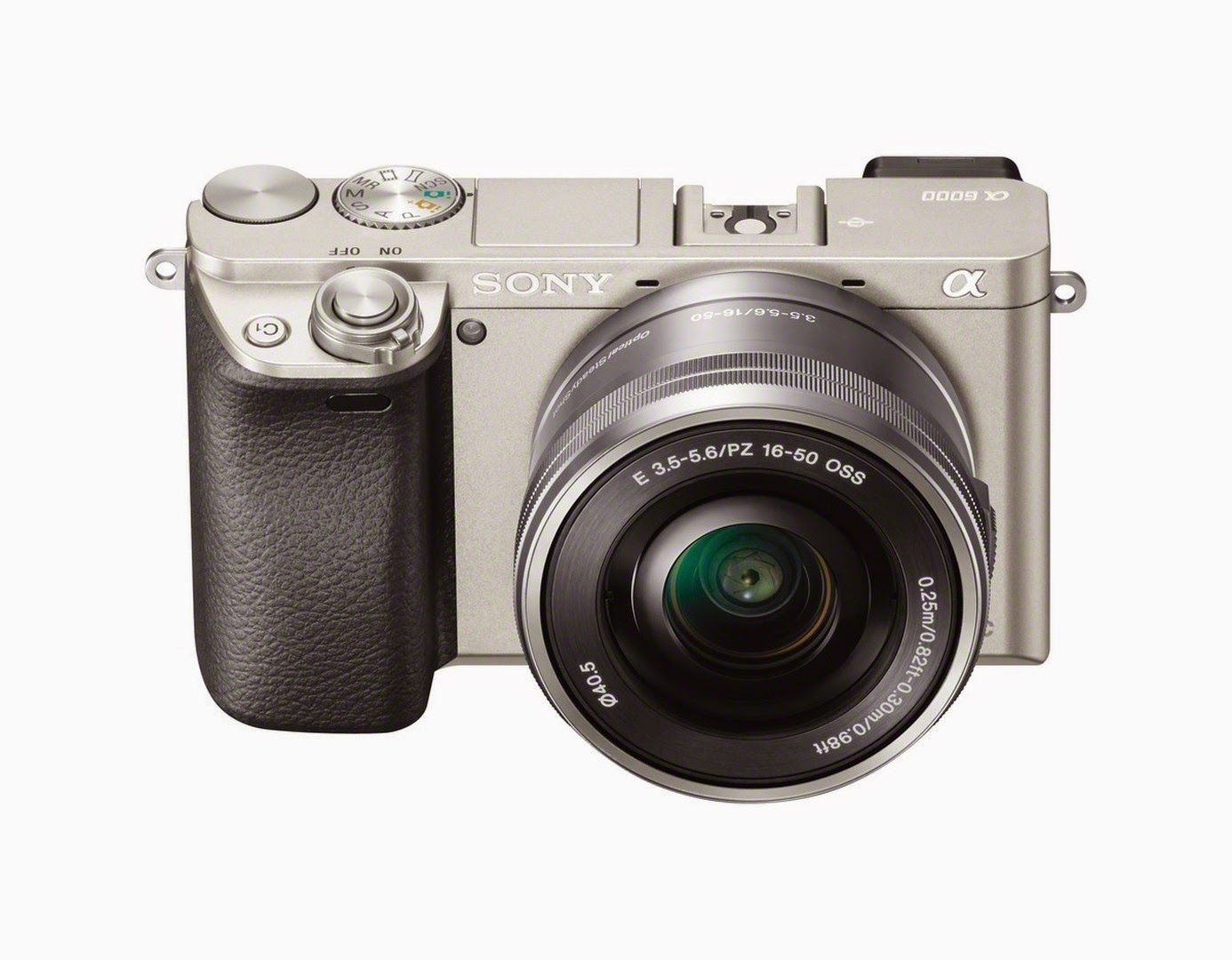 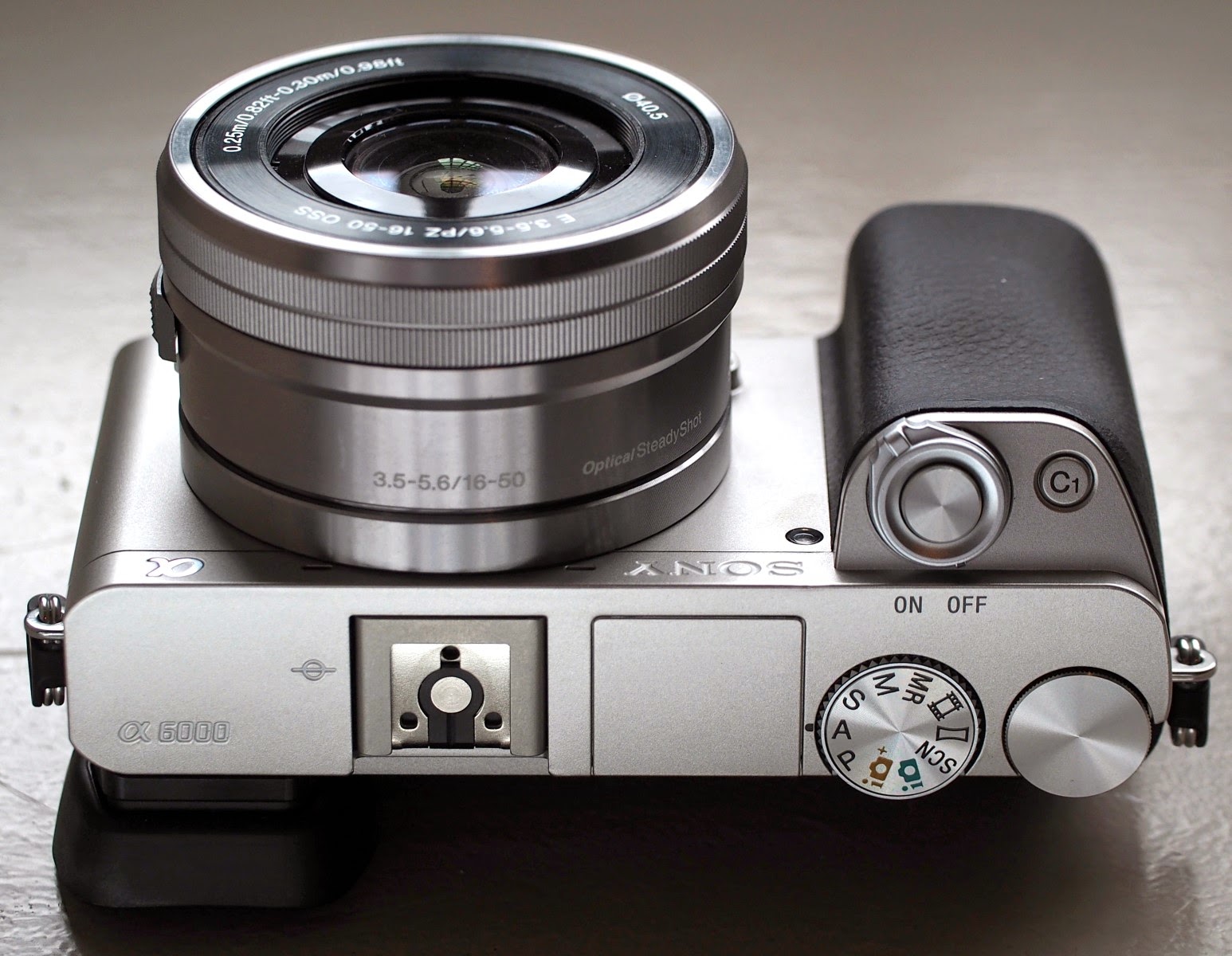 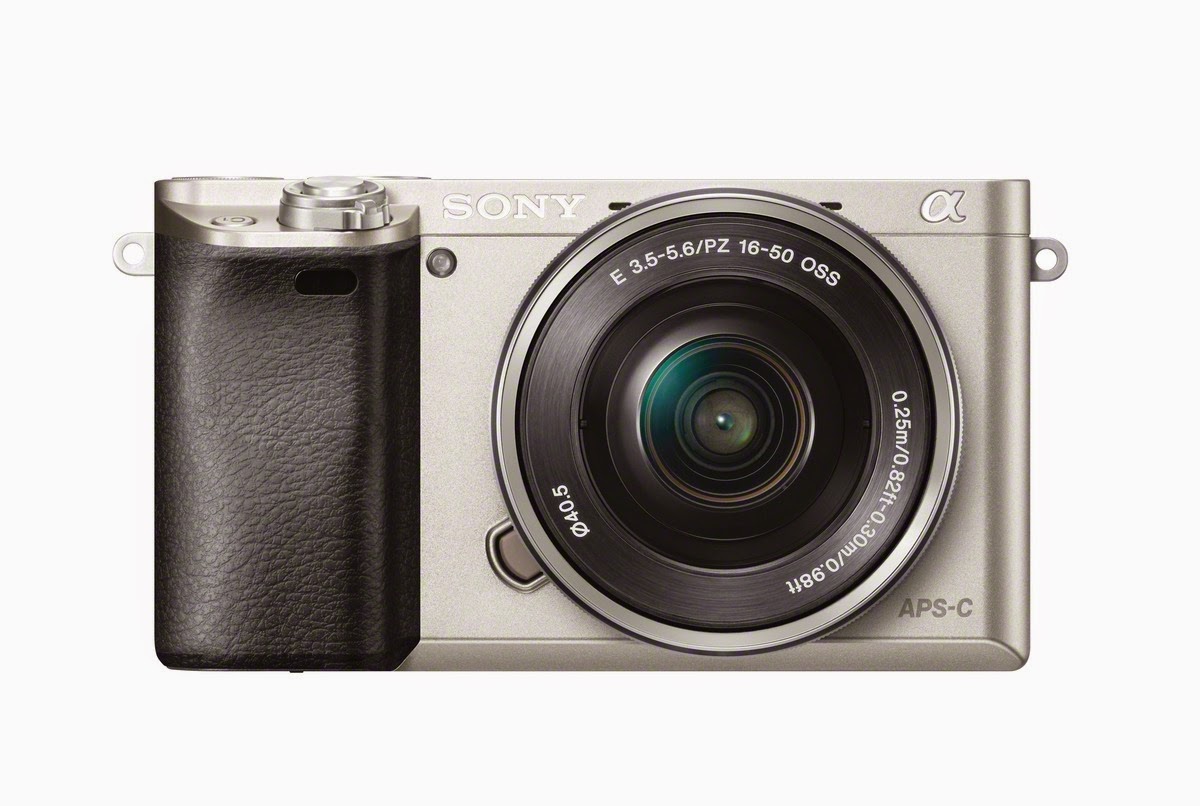 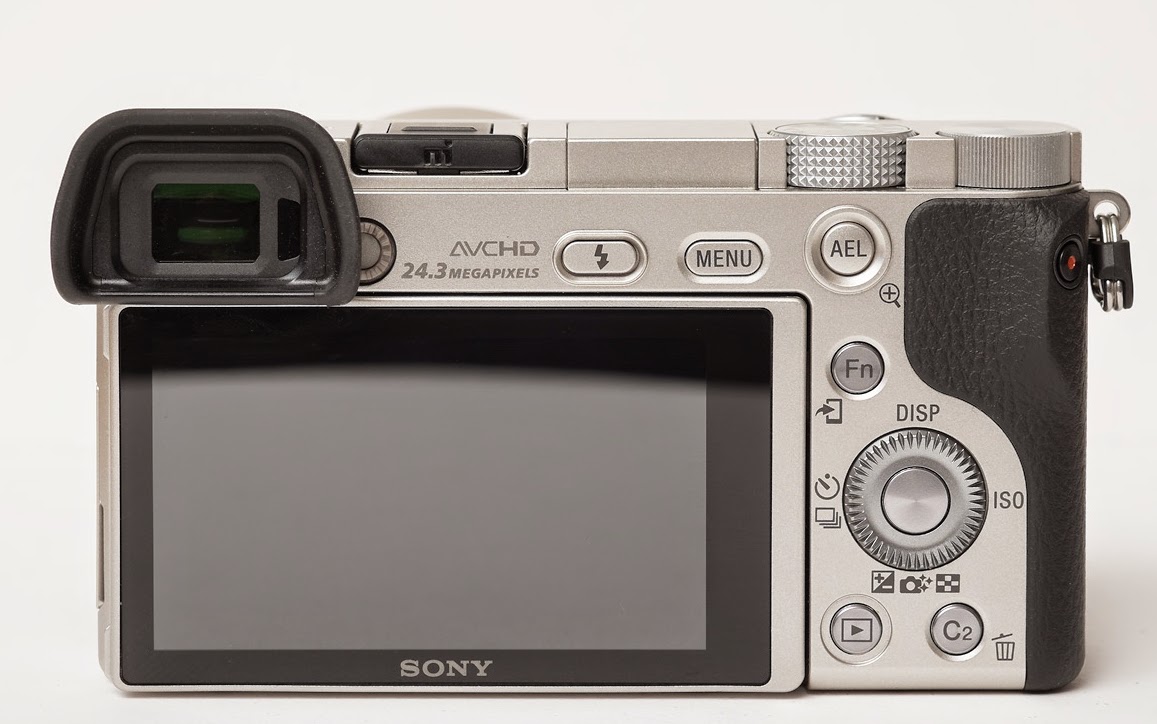 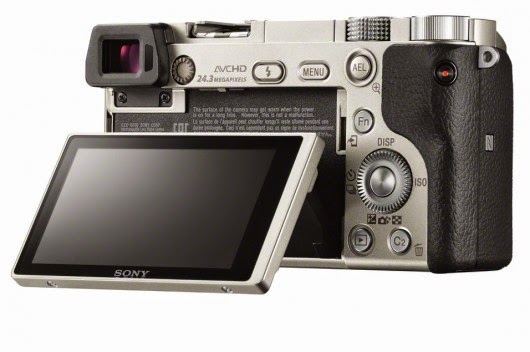 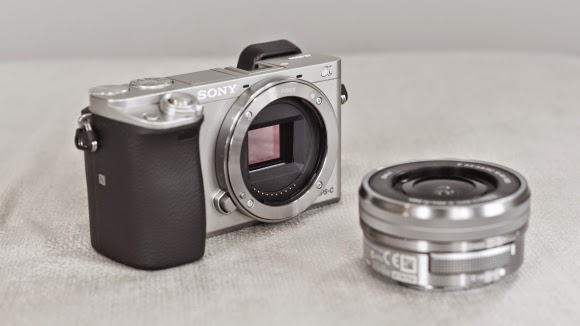 Posted by FelixGPhoto at 3:50 AM No comments:

Email ThisBlogThis!Share to TwitterShare to FacebookShare to Pinterest
Labels: Sony A6000

I hope, I think, I believe I have finally found a suitable lens for wide angle photos for my full-frame Sony A99. I already have a few wide angle lenses but I haven't been totally happy with them and several of them are not compatible with the full-frame A99, such as with my Tokina 11-16mm which is for cropped sensor cameras like my A77. It will work with my A99 but only when I'm fully zoomed in at 16mm.

I also have a couple of nice Minolta lenses but they are at 20mm and 28mm respectively and while the Zeiss 24-70mm is a good all around lens that I've captured some nice landscapes with, I really want something just a little bit wider without breaking the bank.

I stumbled across a pretty good deal on eBay today for a used Rokinon 14mm lens. The seller had it listed for $279 USD (buy it now), I found it too difficult to resist and went ahead and bought it, my decision helped with the knowledge that brand new ones go for around $500 USD.

Here are a few photos of the actual lens. As always, I'll be sure to share some images as soon as I get it in my hands! 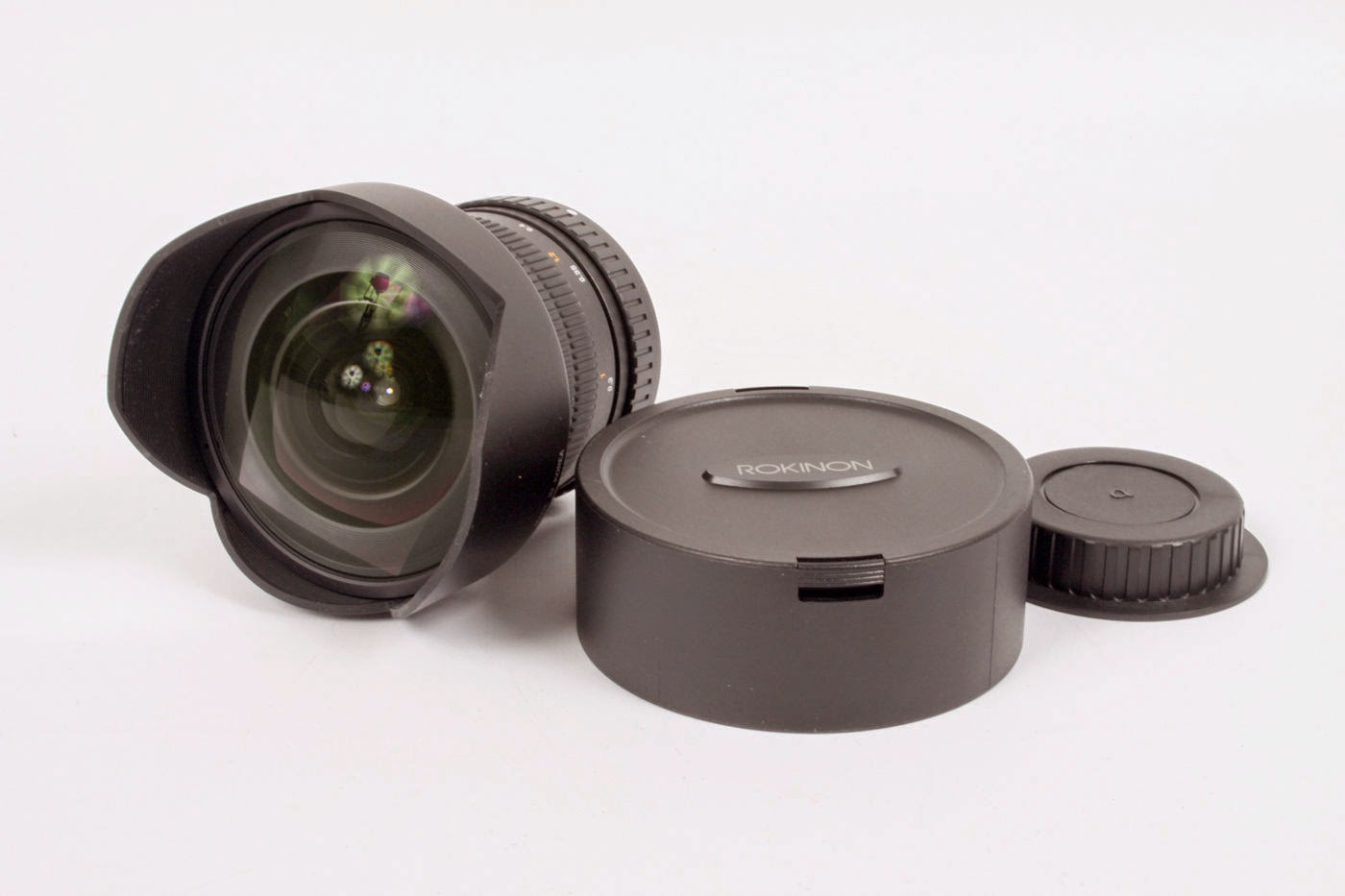 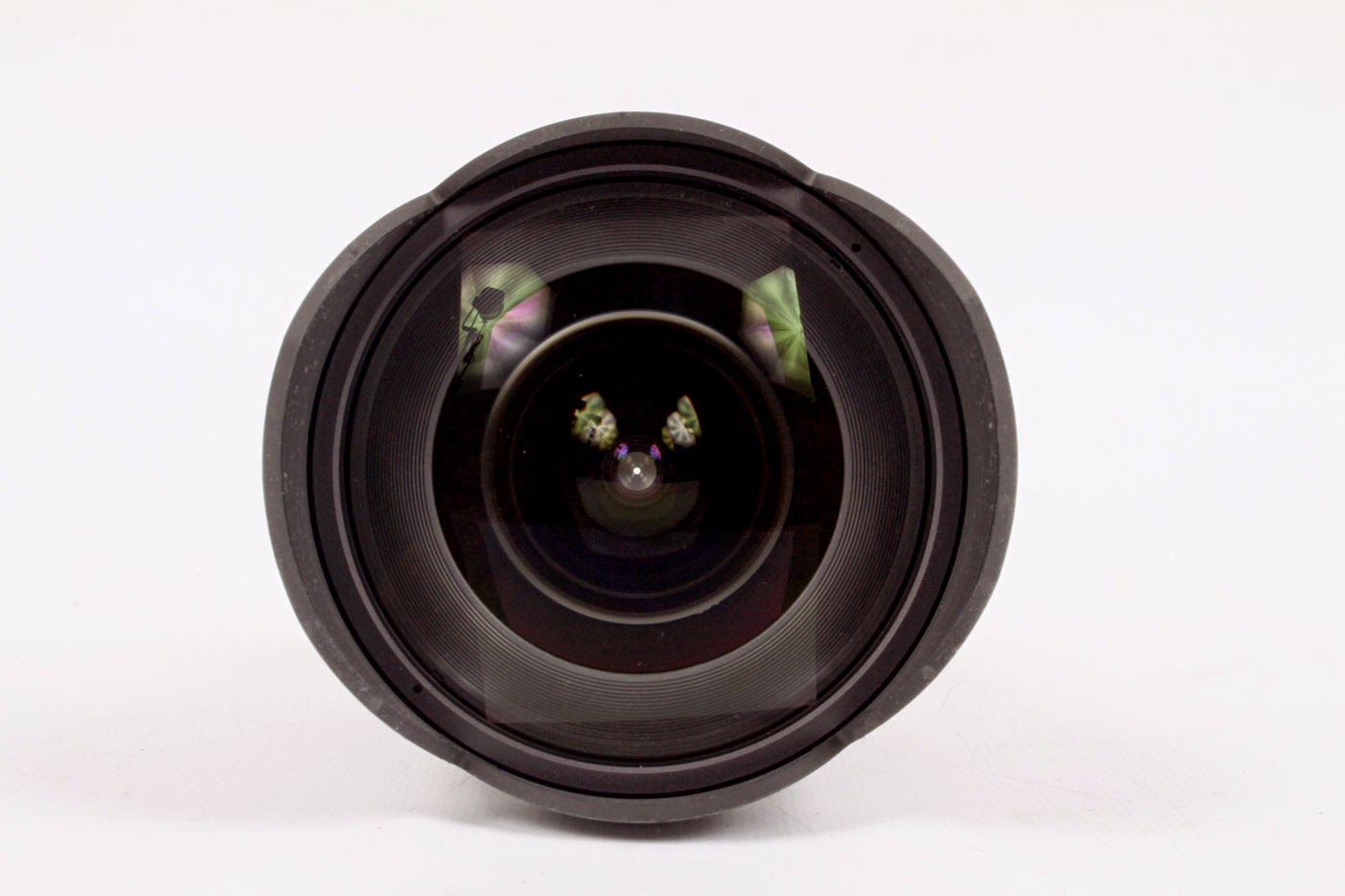 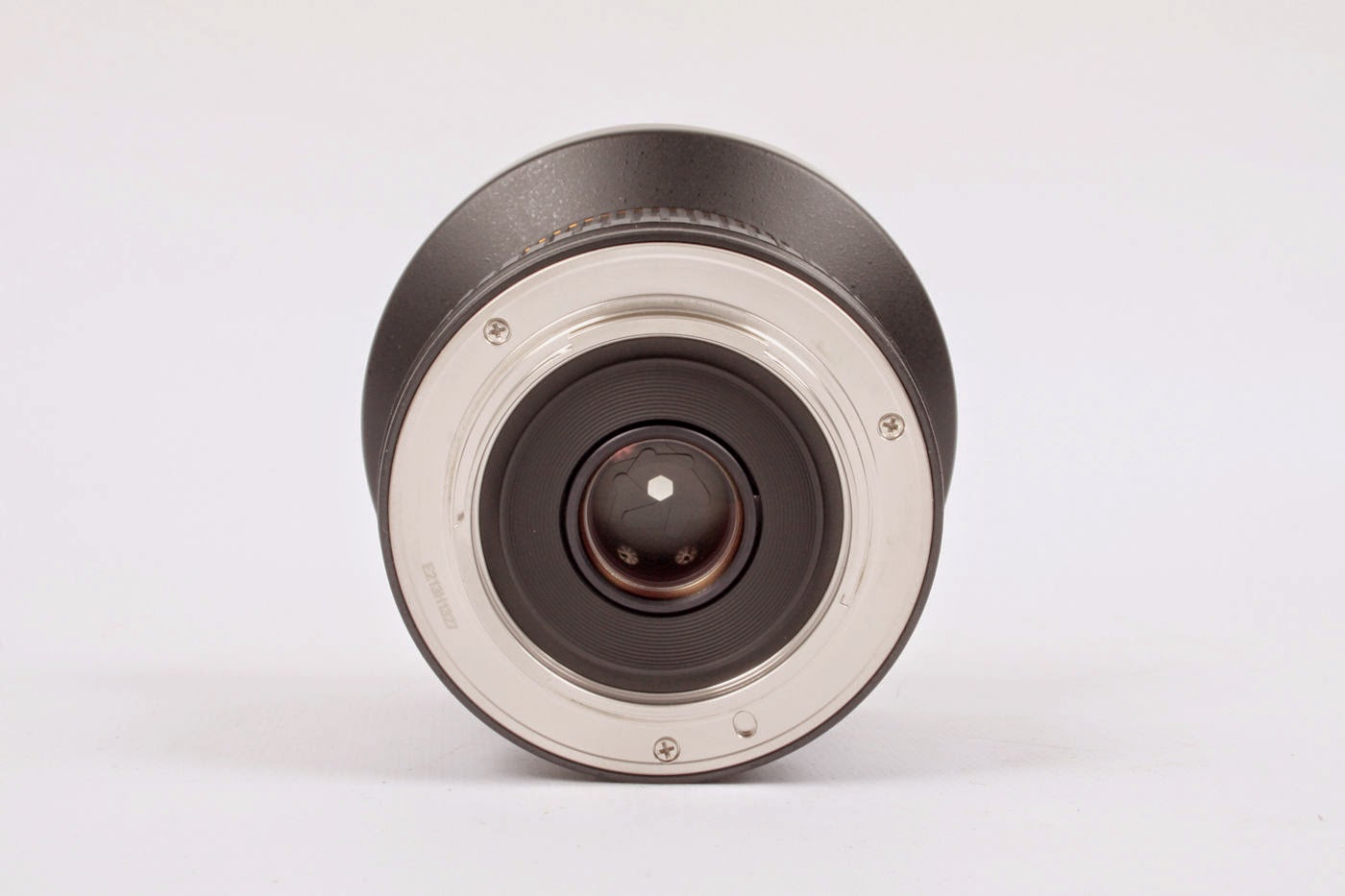 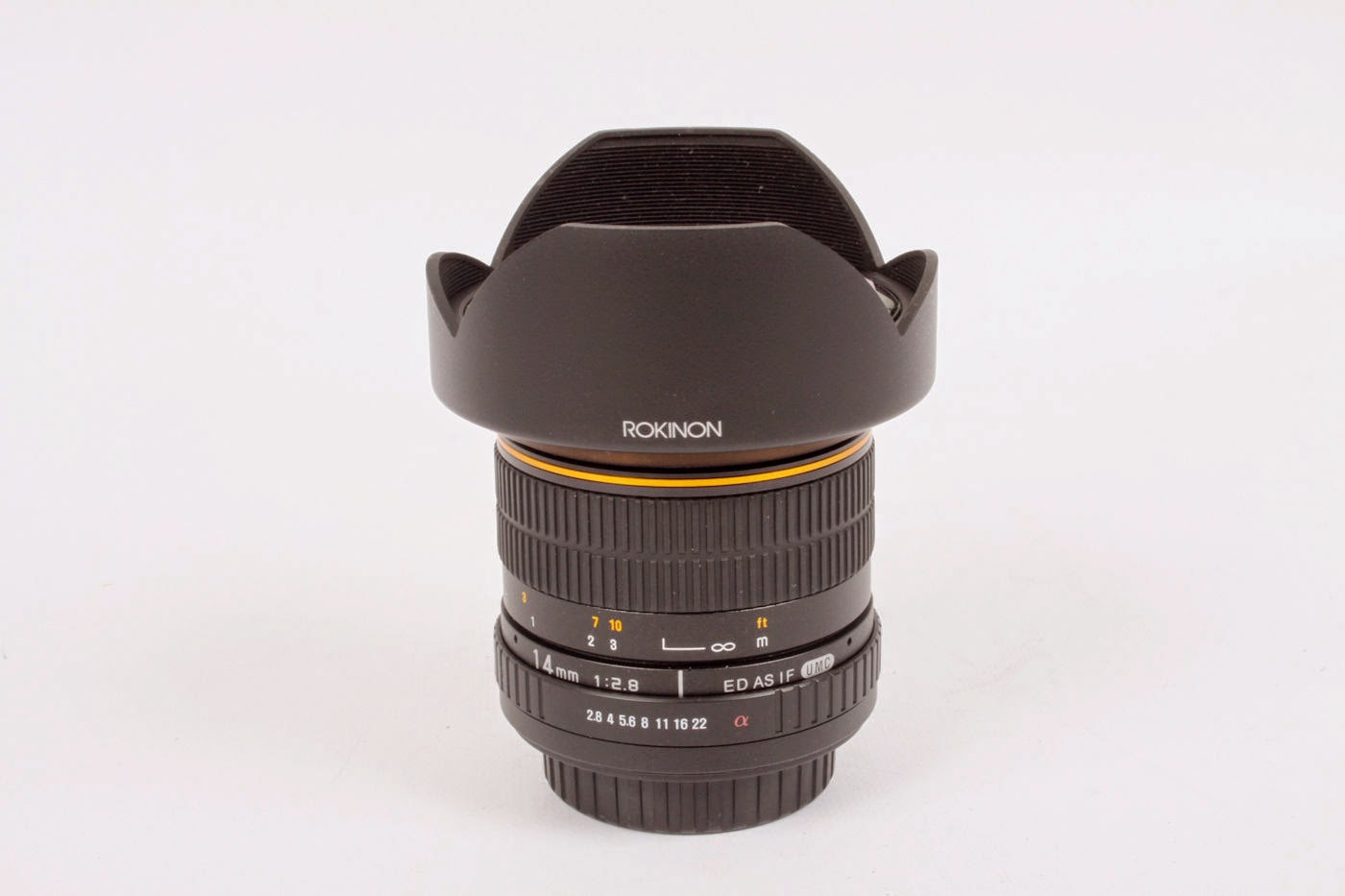 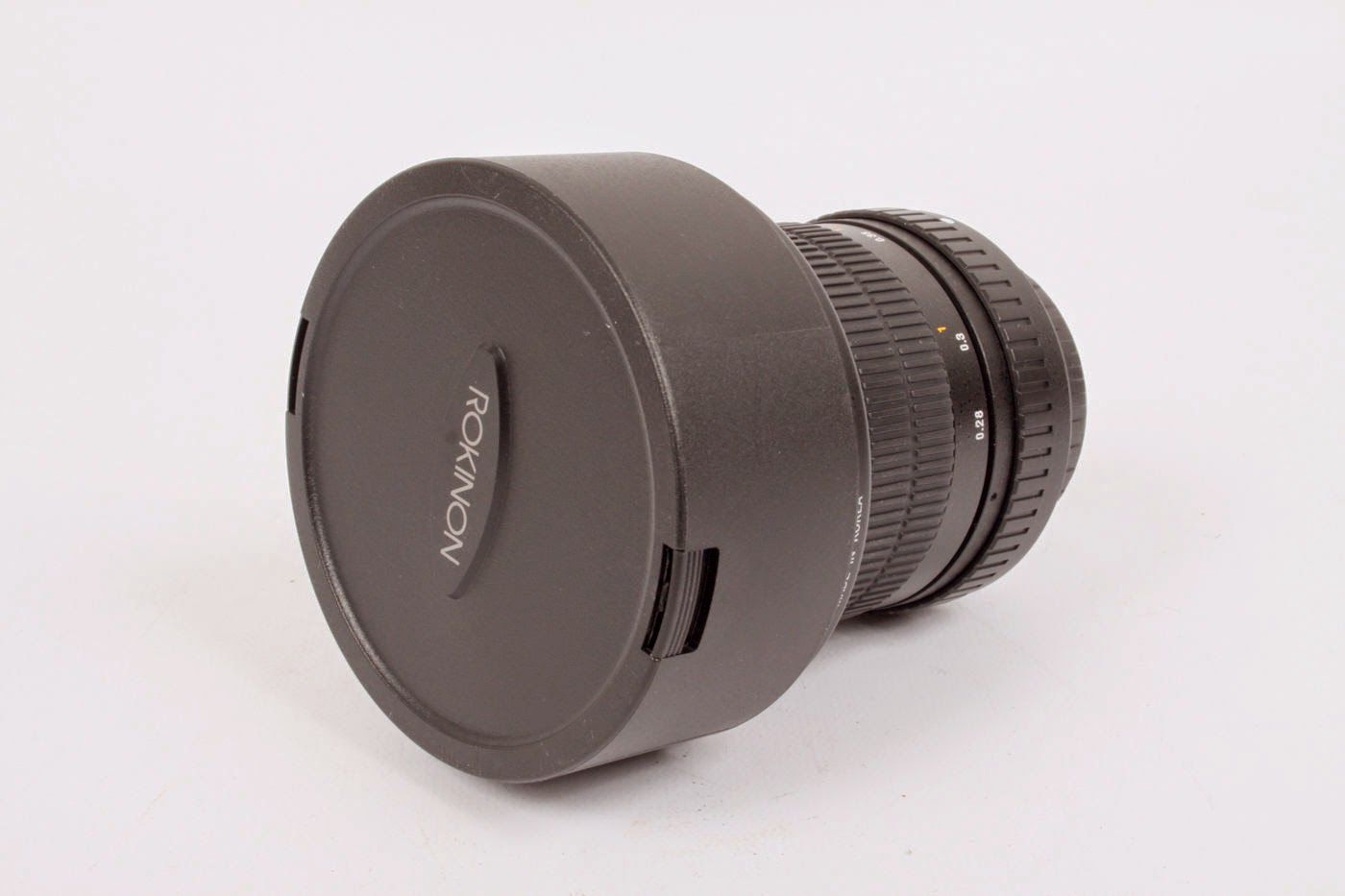 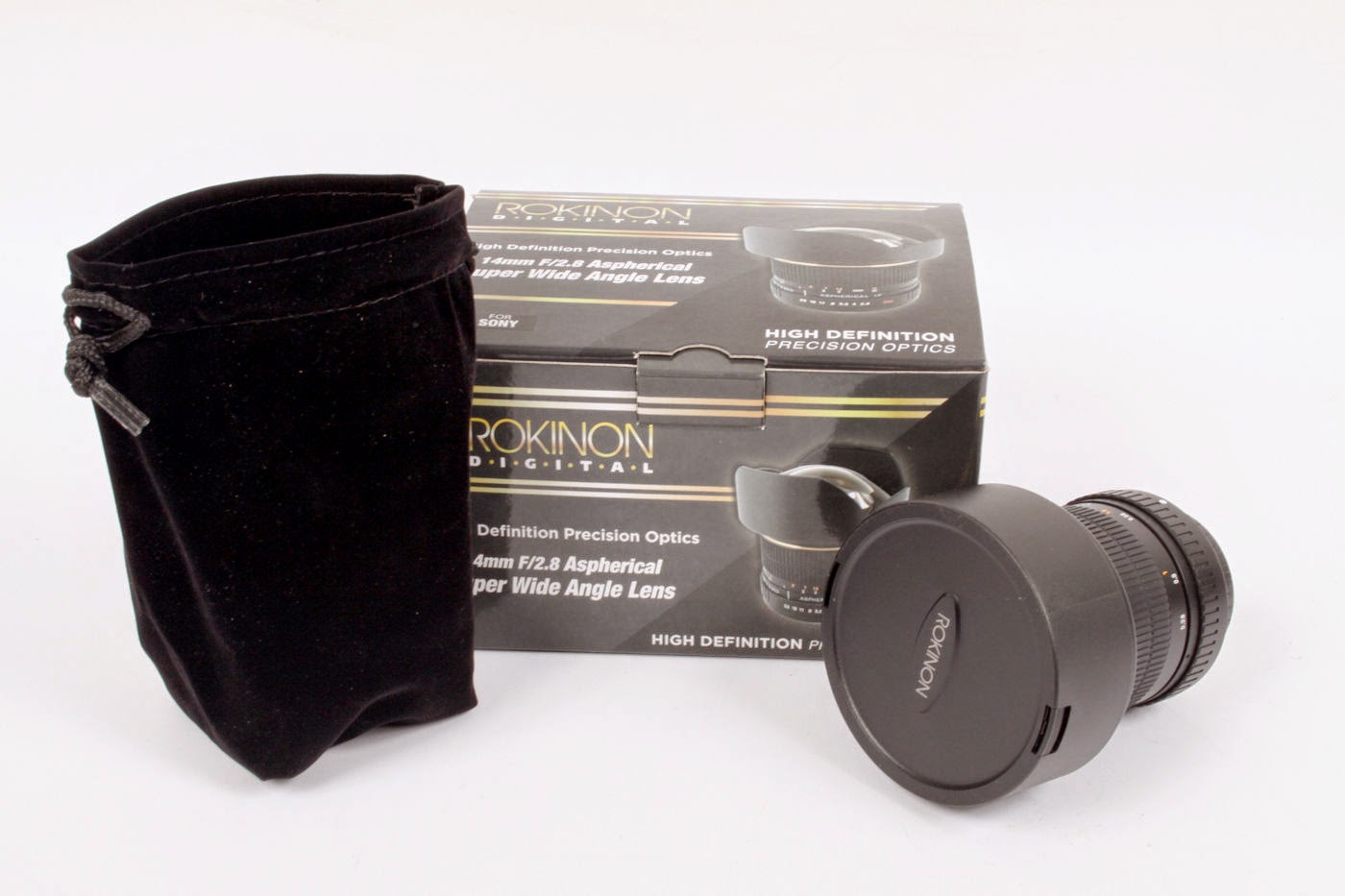 Posted by FelixGPhoto at 1:12 AM 2 comments:

One of the best parts about having a shooting buddy is that I've always got a photography subject close by, and really, I find great pleasure in photographing friends, especially friends who are photographers.

Turner is a good person, devoted family man and a passionate photographer.

It was Turner who reminded me of a critical step in film photography, which is to keep a notebook detailing camera settings and lighting conditions for each photo. This is an essential step, not dissimilar to zeroing a scope on a rifle. Unfortunately, I made the rookie mistake of not keeping notes on my first roll of film, so I can't even tell you what the settings were for this shot. All I know is that it was shot on expired AGFA APX ISO 100 black and white film.

The photo below is one of the first shots that I took with the Hasselblad 503CW and it is a promising sign. With time, knowledge and practice I am certain I will get some great results.

The next Episode of our Hey Don't Shoot YouTube show is about film photography, I should have it edited and posted by next weekend.

Check out Turner's photography at the following links: 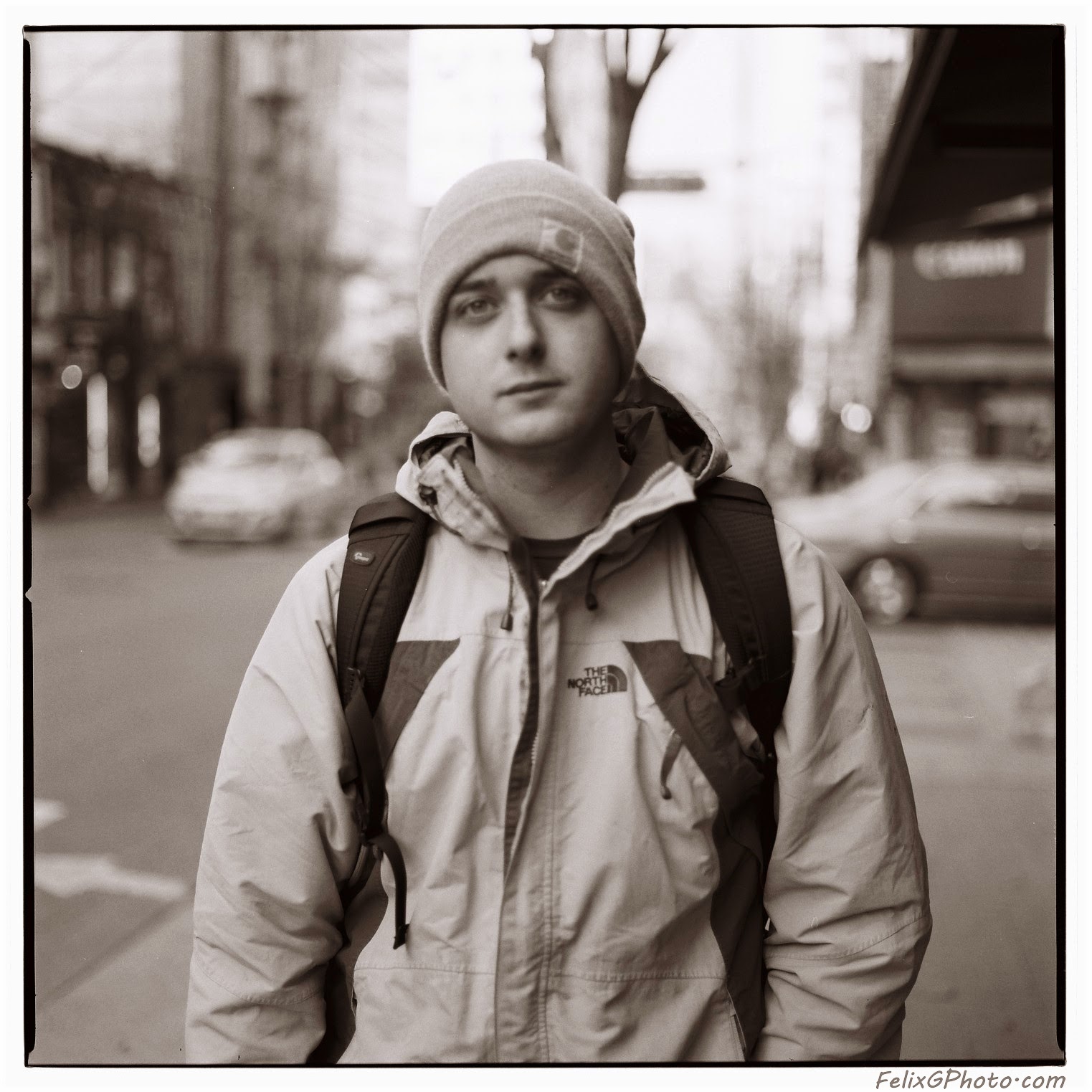 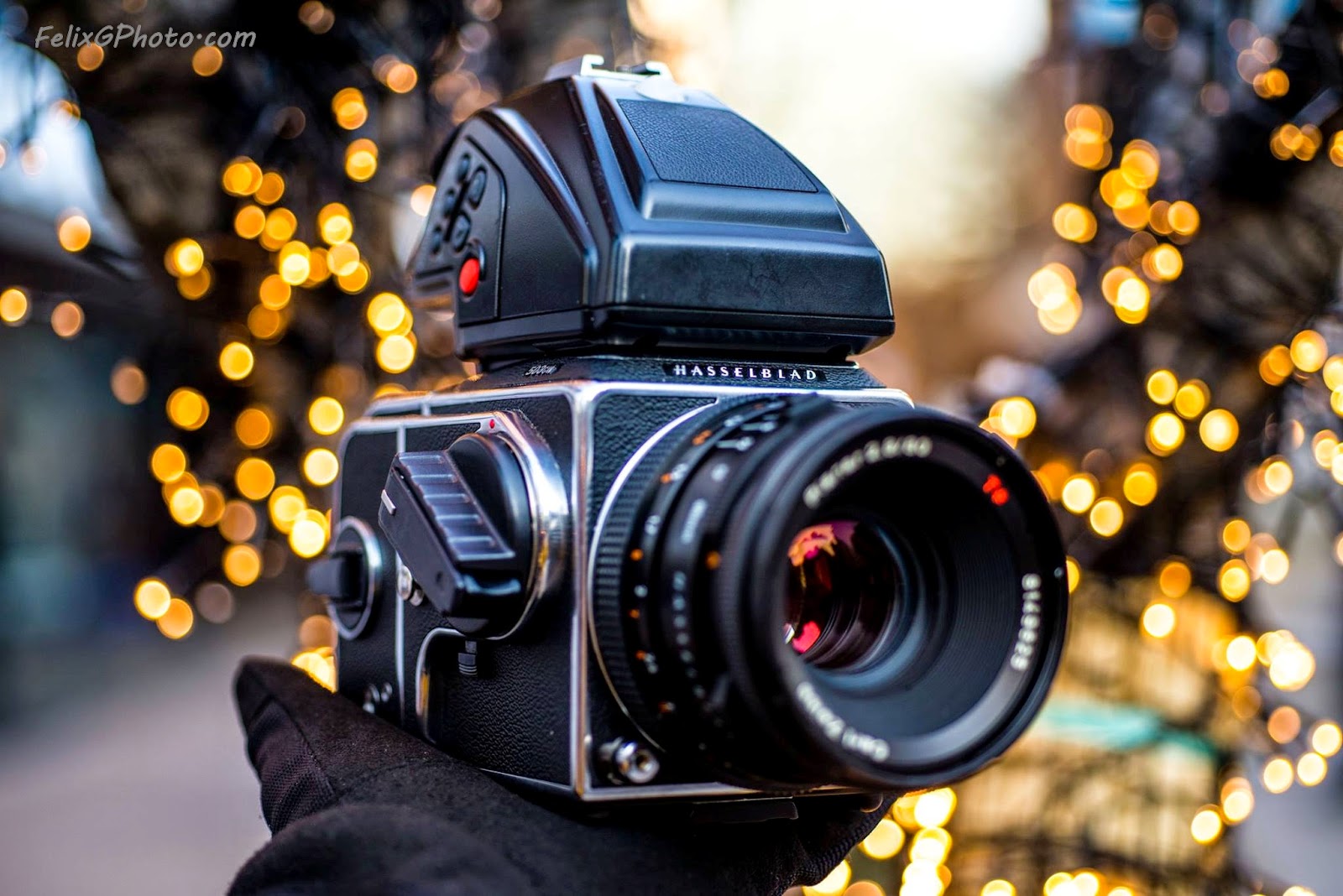 Posted by FelixGPhoto at 1:39 AM No comments: