One of the few A mount lenses I kept to use on my E mount mirrorless cameras (having sold ALL of my A mount cameras) is Minolta 100mm Macro f/2.8 lens. Admittedly, I haven't shot very much macro photography, if at all, but I really want to shoot more. I know I have a lot to learn in this area of photography. But one of the things I do know, is that you either need some macro extension tubes OR a really good macro lens.

For those of you who don't know, macro lenses allow you to focus for extreme close up shots. This is used a lot to photography insects, flowers etc.

I sold nearly all of my A mount lenses when I switched over to mirrorless digital cameras exclusively, but this Minolta survived the cut.

I was watching "Das Boot" for about the 40th time tonight, had buried my sorrows in a tub of Baskin Robbins Chocolate Chip ice cream and was generally bored. One of the luxuries of owning a sizeable inventory of cameras, is that I am never at a loss for a photography subject. So, I grabbed one of the all time classic cameras, the Leica M3 and dropped a simple, one light set-up so I could capture some sample shots with the Minolta Macro lens.

As you can see below, the results are impressive. Consider this, all photos were taken HAND HELD using only one small LED light. Imagine the possibilities when it's done right, with a tripod and plenty of lighting!

Naturally, you'll want to use manual focus when shooting macro but just for your peace of mind, the auto focus works flawlessly with the LAE-EA4 adapter. 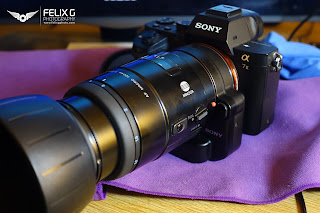 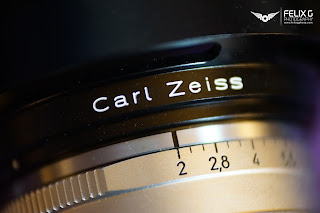 Close up of a Carl Zeiss Lens Hood on a Zeiss Planar 50mm f/2. lens. 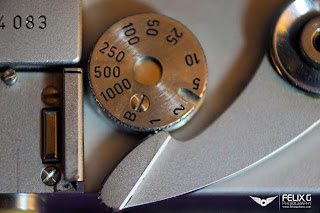 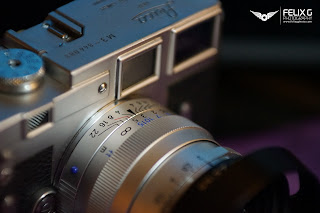 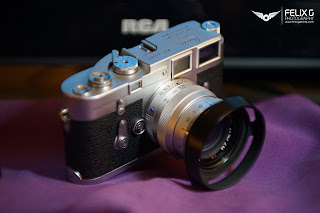 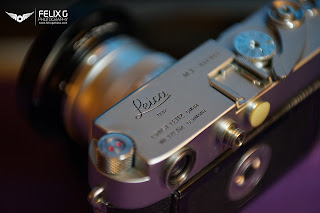 Posted by FelixGPhoto at 4:07 AM